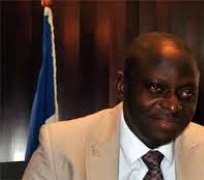 A witness, Teslim Ajuwon, on Thursday told a Lagos High Court sitting in lgbosere that between August 2014 and October 2015, a total sum of N1.5 billion was transferred into various companies' accounts in a bank from the Nigeria Maritime Administration Safety Agency.

Ajuwon, who was a compliance officer with a new generation bank, was led in evidence by the Economic and Financial Crimes Commission's Prosecutor, Rotimi Oyedepo.

He gave the evidence at the commencement of trial of the former Director-General of NIMASA, Patrick Akpobolokemi, charged with stealing N754.7 million.

Akpobolokemi is standing trial on a 13-count charge bordering on stealing.

The News Agency of Nigeria reports that he was arraigned by the EFCC alongside Captain Agaba, Ekene Nwakuche, Governor Juan, Vincent Udoye, Captain Olopoenia and a company – Gama Marine Nigeria Limited.

The witness said on August 29, 2014, a sum of N498.2 million belonging to NIMASA was transferred to Committee of VIMSA's account.

He further stated that on May 20, 2015, the sum of N318 million was also transferred from NIMASA into the account of VIMSAS.

According to Ajuwon, on September 15, 2014, there was a transfer of the sum of N8.5 million into the account of Auster Ventures Limited.

The anti-graft agency witness also said there was another transfer of N11.4 million into the account of Liquid Garden Ventures Limited on September 29, 2014.

He said: “There was two outward transfer to Kofa Fada Nigeria Limited on October 30, the first transfer was N35 million and the second was N61.8 million.

“On November 19, 2014, there was an outward transfer of N4.2 million into the account of Specialty Enterprises West Africa Limited.

“Also on May 28, 2015, there was an outward transfer of N257 million in favour of Aroward Consulting Limited.”

During cross-examination, the witness admitted that the former NIMASA boss was not a signatory to any of the accounts he mentioned above.

He, however, said he was not in any position to state the workings of the accounts.

Ajuwon also admitted that the transfers were authorised by NIMASA, but did not know why the monies were disbursed.

He admitted that some of the accused were not beneficiaries to the transactions listed above.

Earlier,  counsel to all the accused, had opposed the documents tendered in evidence by the prosecutor.

NAN also reports that the prosecutor had tendered the request to the new generation bank, asking it to provide all the transaction documents of Udoye and other companies.

They said for the prosector to tender the documents, which emanated from the bank, he needed to certify the documents.

They argued that the document was a private document that needed to be certified before a public entity like EFCC could tender it in court.

Justice Raliat Adebiyi ruled: “This letter is being tendered by the maker, not the EFCC.

“The letter is admissible as it is.
“It is produced by the maker.
“The submission by learned counsel that the document requires double certification is unmeritorious and is, therefore, overruled.”

Adebiyi adjourned the case to April 20 for continuation of trial.