EFCC, Badeh And The Burden Of Proof 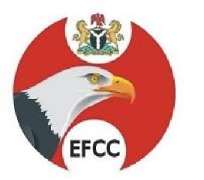 No doubt, since1999 when former President Olusegun Obasanjo established the two anti-graft agencies in the country, the Independent Corrupt Practices and other related offences Commission (ICPC) and the Economic anf Financial Crimes Commission (EFCC), impunity in government has been reduced. To an extent, it has brought sanity and due process to government.

Many have been convicted by the anti-graft agencies but only few high profile cases have been prosecuted to a logical conclusion.

This has been so because most of the time, the cases are seen as more of persecution rather than prosecution. It. Is believed that the charges are meant to witch-hunt perceived political opponents, who condemn actions and policies of government. This is not peculiar to the present government, it has always been the tradition of successive government.

One of the trial judge in these corruption cases, Justice Gabriel Kolawole, usually, in his ruling or judgement condemn what he describe as shoddy investigations by operatives of this anti-graft agencies.

He also one said in the case between between the federal government and the founder of Daar Communications, Chief Raymond Dokpesi, that the‎ that the charges against him is defective and may not be sustained in law court.

There are a number of former public officers being tried in coourt including those who may have served the country to the best of their abilities. They are answering various charges before the courts.

Among them is Air Chief Marshal Alex Badeh, the immediate past Chief of Defence Staff, who is standing trial over alleged fraudulent removal of about N3.97bn from NAF’s account.

The anti-graft agency accused Badeh of using the fund to buy and develop landed assets in Abuja for himself and two sons between January and December 2013.

During his trial, a witness of the Economic and Financial Crimes Commission (EFCC), Air Commodore Abdullahi Yushau, had about two weeks ago gave what many saw as a damning evidence against the very senior retired military officer, when he said Badeh collected N558 monthly from him.

He however, stunned everyone in the court when he turned around at the last adjourned date during cross-examination and said that he has not personal records of the financial transactions between him and Badeh.

The question on the lips of many since the witness made the U. Turn in his evidence has been, how did the witness come to the conclusion that the money he gave to Badeh runs into billion has alleged by the EFCC? How did he no the dollar equivalent since he does not keep the records of their transactions?

‎The witness had told Justice Okon Abang of the Federal High Court sitting in Abuja that he kept no personal records to prove all the cash transaction made between him and Badeh.

Badeh served as the Chief of Air Staff before he was elevated to the position of the Chief of Defence Staff till he retired from the military last year.

At the last adjourned date of the trial, the witness told the court that he could not remember the exact amount of money he gave to Badeh during the course of their transaction.

"I cannot remember the the exact amount of dollar equivalent that I gave to Badeh in Nov, 2012, and other cash transactions we had because it was not my duty to keep records.

The witness had also previously told the court in his evidence that he personally handed over the amount of 558 million naira not just to Badeh but to his predecessor Air Marshal M.D Umar.

When also asked about the N90m used in furnishing a house in Abuja Yushua said that he never at any point said in all his statements to the EFCC that the huge sum was used to furnish a house.

In the course of the trial, Badeh's Counsel, Chief Akin Olujimi, a senior advocate referred to page 86 of the proof of evidence where in his statement to the EFCC on the 4th February, In the last 6 lines he wrote that "the dollar so changed was used for payment of estacode and other sundry payments like servicing of jets etc.

He also said that 'these funds were from left over of salaries i.e after payment of Salaries" in his statement to EFCC he said "quite a number of welfare and operational projects have been executed through this" "such projects include completion of NAF aeronautical Center, Construction of officer and air men accommodation, equipping of NAF hospitals in Abuja, Lagos, Jos, Makurdi and Kano" he confirmed that all these were done through the same left over salaries which he claimed he gave to AS Badeh.

He said at the end of every month, they retires all monies to the accountant general and auditor general of the Federation and that the task was usually carried out by the pay and accpunting Unit, Ikeja

When asked by the Counsel to the defendant if the records consist of amounts received and payments made, he replied that each comman unit made its own retirement of funds released to them.

According to him, funds were not released the DFA but to the NAF headquarters. He also said that when allocations are made to all NAF formations, the money is disbursed to all and his deputy was in charge of their own allocation. He informed the court that if there is any need for funds, the deputy writes and approval is given by him, then they proceed to the Head quarters to collect from their own votes‎.

Yushua however confirmed he was the accounting officer for the Directorate.

A human rights activist, Chief Mike Ozekhome, SAN, in his view said the charges will fall like packs od card because they lack substance and may be difficult to prove.

Most of the time, proving allegations against suspect has always been an herculean task for the EFCC and other anti-graft agencies. The start witness of the EFCC in this case has so far given contradictory evidence in the case when he said in one breath that he gave N558m monthly to Badeh and turn around in another breath to say that you do not have personal records of your monetary transactions with him.

Most of the time when suspects are arrested, the EFCC angage in media war to destroy the reputations of these alleged corrupt persons but if they fail to prove the allegation, no one will be there to repair the already battered reputation.

A lawyer, Kashim El-janiu, condemn the EFCC for engaging in media war against alleged corrupt persons. "By the time the allegations are not proved beyond reasonable doubt and the case is dimissed, what happens to the already tarnished reputation.‎ I think suspects who have been given clean bill of health shoould not always keep quiet after cases agaIst them are dismissed. They should file actions and press for damages", he said.‎

Also, a group, the New Nigeria Patriots, have called for the supension of the trial of the former CDS, Alex Badeh saying the government should not be spending tax-payers money on a wild-goose chase.

The National Coordinator of the group, Samuel Ndubuisi, drew the attention of Nigerians to the contradictory statements from the Prosecution witness Air Commodore Salisu Abdullahi Yushua (rtd), as evidence that some people are just desperate to nail the former CDS.

"How can somebody in one breadth say he personaly gave N558 million monthly to the former CDS which he in turn converted to personal use all for us to find out from his statement to EFCC, that he enumerated the projects for which the same funds were used for."

In the man's statement to EFCC dated 4th February 2016, he said the funds were used for projects like the completion of NAF aeronautical Center, Construction of officer and air men accommodation, equipping of NAF hospitals in Abuja, Lagos, Jos, Makurdi and Kano"

The man has evidence that he received money to give to Badeh, but does not have evidence to show he gave same to the former CDS and today can no longer remember the amount he gave him.

How can EFCC tell Nigerians that the former CDS was arrested and is standing trial for his involvement in diversion of money meant for the purchase of arms all for us to discover that their is no mention of the arms deal in his charge sheet.

How can EFCC claim in the press that they discovered $1million in somebodys house and up till today have not made mention of it on the charge sheet. Does the law permit any agency to search somebody's house in his absence. Suggesting that the said house was searched in the Presence of NEIGHBOURS show they are desperately creating an alibi for a non-existent discovery.

Evidence also show that the said house does not belong to the former CDS.

The media trial has only succeded in putting the Nigerian military to ridicule and must be stopped.

The group said they are in support of the governments current anti-corruption drive but insists they should stop distracting Nigerians with the current media show.

"Such cases that lack substance should be discontinued in public interest", they insist.

They urged the government to direct its attention to solving the nations challenges rather than embarking on a wild-goose chase.