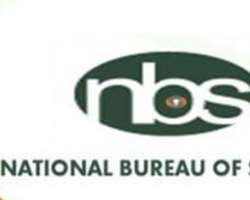 The National Bureau of Statistics (NBS) on Wednesday stated that 36 states of the federation, including the Federal Capital Territory got a total credit of N12.9tn from banks in the 2015 fiscal period.

The amount may have been borrowed to implement various programs of the states within the 2015 fiscal period.

The bureau in its state's banks credit and deposit statistics said that within the period under review, a total sum of N17.1tn was deposited in banks by the state governments.

The report a copy of which was made available to our correspondent stated that with a value of N10.1tn, Lagos state had the highest credit from banks.

In terms of deposits, the NBS report stated that Lagos state made the highest amount of deposit with N8.7tn followed by Rivers with N1tn.