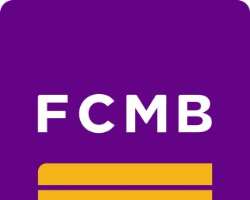 First City Monument Bank (FCMB) Limited is set to enhance the experience of its customers through another bumper reward scheme tagged ''FCMB Millionaire Promo Season 3''. The latest promotion has been designed to provide extra empowerment value to customers of the Bank, while encouraging financial inclusion and savings culture. The ''FCMB Millionaire Promo Season 3''follows the huge success recorded in the second phase of the Millionaire Promo held between August 2015 and January 2016 across the country. The exercise produced twelve millionaires and 1,920 winners of various top-range gifts.

In a statement, FCMB explained that the Millionaire Promo Season 3, which runs from April to November this year,is targeted at all segments of the society, especially existing and potential savings account customers of the Bank. This however, excludes salary and domiciliary account holders.

During the promo, various exciting prizes will be won by qualified customers. While four lucky customers of the Bank will each win the star prize of N2million at the grand finale of the promo scheduled for December, 12 others will be rewarded with N1millionat the regional draws that will hold in June, August and October. Other fantastic prizes to be won during the promo include LED televisions, power generating sets, smart phones, tablets and decoders.

On how to participate in the FCMB Millionaire Promo Season 3, allan existing or a new customer of the Bank needs to do is to increase his/her balance by N10,000 in any of the eligible savings account and maintain it for 30 days to qualify for the monthly electronic selection of winners where the star prize of N1million and other fantastic prizes will be won. Multiple savings of N10,000 will increase the probability of winning.

To qualify for the grand finale draws in December, existing and new customers are to increase their balances with N50,000.00 and maintain it for 30 days . Multiple savings of N50,000.00will also increase the probability of winning.

Speaking on the promo, FCMB's Divisional Head, Retail Banking, Mr. Olu Akanmu, said that the Bank is excited to extend the reward scheme as it provides it with another veritable platform to create opportunities, engage and impact on customers in line with one of its values as a helpful financial institution.

''The FCMB Millionaire Promo Season 3 is in response to the clarion call of our customers due to the excitement, success and rewards they received during the second phase of the promo.Our customers are the reason why FCMB exists and as a Bank,we are committed to delighting our customers. It is also an opportunity to encourage them to save and benefit from doing so through the fantastic prizes they stand to winOur promo is unique because it is decentralized across our various zones across the country thereby increasing the chances of our customers to win. We therefore encourage everyone to take advantage of the reward opportunities of this promo''.

The winners, customers, regulatory bodies and other segments of the society all commended the Bank for sustaining its empowerment support to the populace and the society. In his testimony, Mr. Umaru Augustine, one of the winners of N5million at the grand finale of the FCMB Millionaire Promo Season 2 described FCMB as a true partner in progress. He added that:

'I am very proud to identify with FCMB. This money will help me to further develop myself and my occupation. I have no doubt that I will continue to grow with the Bank, because it has proved that it stands for the progress of the people. FCMB should keep up the Bank's drive to empower people, especially the less privileged'.

First City Monument Bank (FCMB) is a member of FCMB Group Plc, which is one of the leading financial service institutions in Nigeria with subsidiaries that are market leaders in their respective segments. Having successfully transformed to a retail and commercial banking-led group, the Bank has continued to distinguish itself by delivering exceptional services, while enhancing the growth and achievement of personal and business aspirations of its customers. The lender has also made account opening and other financial transactions, very simple and rewarding to all its customers.