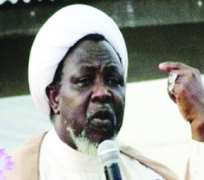 The Judicial Commission of Inquiry into the killings of at least 1000 members of the Islamic Movement in Nigeria under the guidance of Sheikh Ibrahim Zakzaky in Zaria last December has heard that the army and state officials buried 347 victims in a mass grave shortly after the massacre.

Speaking on the third day of the JCI, convened by the state government of Kaduna, Secretary to Kaduna state Government Alhaji Lawal Babalare Abbas said he was present at the mass burial along with soldiers at the burial site in the town of Mando.

According to Alhaji Lawal Babalare Abbas the corpses were removed from the teaching hospital and the army depot in Zaria. They were buried at between 12-4am in the morning of Monday 14 December.

Today's revelation represents the first official confirmation of what the Islamic Movement of Nigeria (IMN) has been saying all along about killings of hundreds of its members by the military and the disposal of their corpses in mass graves.

IHRC has referred the events in Zaria to the International Criminal Court asking it to open a preliminary investigation into the massacre. IHRC believes that the army's assault amounts to a crime against humanity. A similar army assault in July 2014 during a religious procession led to the deaths of 34 IMN members including three sons of IMN leader Sheikh Ibraheem Zakzaky who were apparently singled out for execution.