President Buhari, Beware Of The Ides Of March 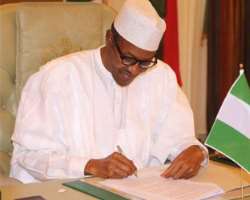 I may not be able to convince die-hard APC members and sympathizers, but I need to remind the APC government that some of the reasons we voted them into political power are that we trusted President Mohammadu Buhari (PMB) can quickly resolve the following perennial problems in Nigeria: fuel scarcity, no light, boko and reasonably reduce corruption. Of all these, for eleven months now, the government has achieved only boko. Now I buy fuel N350 per liter in Abuja, electric light is seen only on an average of three hours per two days (in the midst of Abuja’s terrible hot weather), and all we hear about corruption are streaming allegations on pages of newspapers from a very unserious and incompetent institution like the Economic and Financial Crimes Commission (EFCC) who was quiet and did practically nothing during ex-President Goodluck Ebele Jonathan’s (GEJ) regime; but now rolling over itself with allegations of corruption that took place during that regime. Where was EFCC when these funds were allegedly stolen? Why should EFCC work only when they suspect the President abhors corruption? That means they have no business been there abinitio. What Nigerians need to hear are allegations and imprisonment. We are fed-up hearing of allegations alone.

Also I thought that PMB with time will arrest the fast-steady falling social morality in Nigeria. Where is the so called National Orientation Agency (NOA)? That agency is the most dysfunctional, un-working and un-serious government agency in the land. If you sit down and consider the amount of damage being inflicted on Nigeria by immorality, you surely will weep for our country. The majestic reign of immorality has ushered in fathers having sexual relationship with their daughters; debasement of religious relationships; abundance of extreme social behaviours like cultic killing, kidnapping and raping; the shaming practice of girl-child wives; sharp unethical practices in schools, banks, telecom networks; complete lack of values in the homes; abandonment of children upbringing to deadly housemaids who made sure the children suffer infinitum; reckless and whimsical disrespect for elders by youths; stealing of public funds by even military officers; payment of monthly electric bills without light; common presence of homosexuality even among primary school pupils; a well organized begging industry across the land; pornography and seductive behaviours as norms in female wears and dressings (that harass human psychological emotions daily) etc. Should freedom to dress continue to be unlimited? Can someone check out what our females call “sexy” dressing in the nakedness of our mothers and daughters in public? It is awful and shameful. With these you are rest assured that our country has fallen into a deep latrine toilet. I wish I could be given the assignment to lead NOA! Basic and simple behavioural ethics need to come to the fore once again.

Yes we expected too much from PMB, but that is not abnormal from a people down for too long. PMB knew we have been down for too long and that was why he stubbornly asked to lead us for four times. I thank and praise him for his doggedness. Having got there, we cannot afford to lose it. PMB can do best by dealing extraordinarily and summarily with the fuel and electricity wahalas within one year and his name will be written in gold. Otherwise, EFCC and NOA may be working to bring down PMB as a man of integrity. Time is PMB’s chief enemy here, and I believe Nigerians are his best friends. Patience is limited by the Ides of March.