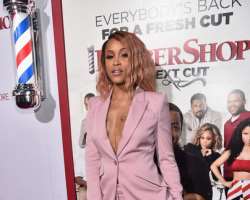 SAN FRANCISCO, April 09, (THEWILL) – The premiere of New Line Cinema's “Barbershop: The Next Cut“, took place on the 6th of April at the TCL Chinese Theatre IMAX, Hollywood, California.

The movie which features stars like Cedric The Entertainer, Ice Cube, Nicki Minaj, Common, Tyga and more is set to open on April 15th.

The premiere was attended by the cast and crew of the movie and other stars including, Tamar Braxton, Anthony Anderson, Mel B, Tamara Mowry-Housley and a host of others.