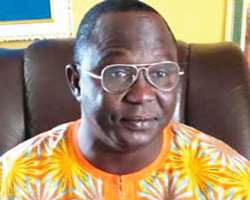 Speaking with The Nation, NLC President Comrade Ayuba Wabba said the issue was already in court. 'As I am talking to you now, a process of committing all of them that have violated that order on contempt charges is on the way. Already, they have been served and the case is coming up very soon,' he said.

Wabba said the increased tariff has adversely affected the economy and the welfare of every Nigerian, adding that many people would not be able to pay the new tariff. He said no strategic stakeholder, including the NLC, was consulted by the DISCOs before the tariff increase.

''They (DISCOs) claimed they consulted people, but who?' he asked, wondering who they consulted when the Manufacturers Association of Nigeria (MAN) and organised labour that actually represent many Nigerians were all crying foul.

He said it was obvious the DISCOs only consulted their friends and brothers before coming up with the idea of increasing electricity tariff. He added that what is even more worrisome is the fact that meters are not available.

'This is the background that made us provide a national platform where all people would be allowed to air their grievances. And that we did and we made our point very clear. It is an ongoing process and we are giving it a firm commitment,' Wabba said.

He said he spoke with the Chairman Senate Committee on Labour a few days ago, and the Chairman requested the NLC to submit its memorandum.

The NLC chief said based on this, there would be a joint public hearing by the two chambers of the National Assembly where labour would once again raise the issue

Wabba said labour would consult and come up with its own engagement strategy.

According to him, this is necessary to avoid the exploitation of consumers by DISCOs because of the absence of meters.

The labour unionist said one of the issues labour was canvassing was that people should not pay bills if they don't have meters because it is the responsibility of DISCOs to provide meters to Nigerians.

Wabba argued that the issue of non-metering and estimated  billing are exploitations, adding that such issues are typical of a business that is monopolised.

He said after the so-called privatisation, what was done was to transfer the nations' common wealth to the hands of a few, adding that a business that is monopolised is only driven by profit.

'That is why they say they are looking at profit margin; that the profit margin is not there,' Wabba said. The Nation