Media campaign against Esther Ogbue: An instance of corruption fighting back 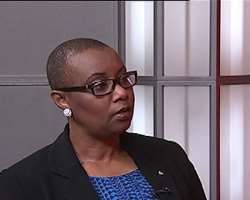 By Ted Matthews
Dr. Emmanuel Ibe Kachikwu, the Minister of State for Petroleum Resources has taken very far-reaching steps towards the effective implementation of the vision of President Buhari to enhance transparency in the oil and gas sector. However, Kachikwu's elevation of competent professionals like the former PPMC boss, now MD, NNPC Retail Esther Nnamdi-Ogbue who possess the integrity and capacity to drive the change program in key business units of the NNPC is as disruptive to the business of corrupt interests as they are progressive.

And as it is always the case with reforms targeted at promoting transparency and eradicating corruption, there is bound to be a fight back from persons who had benefitted from the disorder that is now being corrected. Ironically, when corruption fights back it does so wearing the veil of integrity while painting those who are truly fighting it in the media as the bad guys.

One person who has been at the receiving end of this vicious fight back by corruption is the former PPMC boss, now MD, NNPC Retail Esther Nnamdi-Ogbue, a woman widely known for her intolerance for graft and sticking to the rules. While some Nigerians might buy into this devious plan to demonize an honest public officer, those of us who are close watchers of happenings in the oil and gas industry and have access to privileged information can easily tell that the media attacks against her are nothing but a fitting example of corruption fighting back at her for the good work she did as Managing Director of PPMC, a subsidiary of NNPC long known as a cesspit for corruption.

They are part of an elaborate plan to destroy Ogbue's reputation of the former PPMC boss by vested corrupt persons whose schemes to defraud the country were blocked by the regime of transparency and zero tolerance for corruption that Ogbue brought to bear on the operations of PPMC. Their strategy is to by so doing force the hand of President Buhari and the Minister of State for Petroleum Resources to remove her from her new position as MD, NNPC Retail so they can in addition to extracting their pound of flesh influence the appointment of someone who they can put in their pockets to facilitate their illicit deals.

The good news for the country, but bad news for those malicious people behind the attacks is that they will fail because on Esther Nnamdi-Ogbue, the President and Kachikwu know better who to listen to.

Ogbue has had a commendably good run in public office that is based on honesty, integrity and competence. The truth contrary to the lies and fabrications being bandied by those persons, Esther Nnamdi-Ogbue against all forms of material inducements as Managing Director, PPMC took the hard road of sticking to her principles of honesty, integrity and loyalty to the reform agenda all through her time at PPMC.

In a high profile job where most of her predecessors by simply turning a blind eye to the corrupt antics of corrupt persons, made billions, she deliberately chose to go against the run of play put her life, her name and her reputation on the line to confront and frontally bring to an end that schemes of the cabal of corruption that has long defrauded the country using the loose systems in PPMC.

By doing so, Ogbue demonstrated uncommon courage and strength of character that is scarce within the public service. What she deserves commendation by all well-meaning Nigerians and promotion, not condemnation. And it is assuring to see that even with the re-organization, the Minister of Petroleum Resources, Emmanuel Kachikwu ignored those calls and rather went on to appoint her as MD, NNPC Retail.

Another significant move that Ogbue made as MD, PPMC is rather than continue the old culture of arbitrariness in the award of contracts, she introduced sanity into the rather opaque contract award process and ensured that due process was followed in all financial matters.  With her stubborn insistence for transparency and due process, she ended the decade's old practice of cronyism, patronizing incompetent individuals, awarding contracts to friends and family members while ensuring that only competent persons with proven records of competence were awarded contracts. Of course, this no doubt hurt many corrupt persons who have lost out in the new regime of doing things right which she helped to foster and it is those individuals that are now fighting back.

The so called petitions to the President and Kachikwu, calls and ultimatums for her removal by some mushroom and paid civil society groups like New Initiative for Credible Leadership, NICL with no credible pedigree in social and good governance advocacy are all based on total inventions and blatant distortions of facts. And like vapor, they would evaporate.

The Minister of State for Petroleum Resources, who understands the importance of character and integrity to the implementation of the restructuring program for NNPC did not miss it when he appointed Ogbue as PPMC Boss and now MD, NNPC Retail. It was a well thought through decision that was based on her outstanding track record of competence and integrity covering over two decades at the NNPC. Esther Nnamdi-Ogbue belongs a scarce breed of Nigerian professionals who while working in a very corruption-prone NNPC system demonstrated commendable integrity of character in the performance of her duty.

This is not surprising because she is a woman who has proven that she places a far higher premium on her name than over material acquisitions. She would not agree to an act that would defraud the country. This is a fact that most people who know her and have had the privilege to have worked closely with her at NNPC and PPMC can attest to this fact. All the talk about her being a member of a corrupt cabal that is responsible for the current fuel scarcity is just plain nonsense that does not have any basis. Those who are bent on deceiving Nigerians to associate her name with corruption are only doing so out of mischief and malice. They will not succeed.