Get The Scoop On Why Mariah Carey Fired Her Management Team! 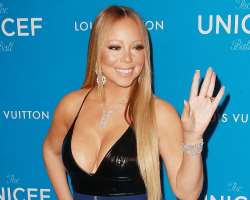 Not long after, news began circulating that her staff quit because she hired a new manager, Stella Bulochnikok. However, Mimi has cleared the air about that.

The soon-to-be-married singer told TMZ  “I dismissed a majority of my team because I discovered that they didn't have my best interests at heart. My new team, including manager Stella Bulochnikov are the top of the line in the entertainment business and more importantly in my life and I am now much more financially successful and more organized than in the past.”

The 46-year-old has reportedly made sweeping changes during the last month and she's putting plans in place to make sure everyone on the team puts her interest ahead of theirs.