Police websites crash as 8000 applicants rush to register for recruitment 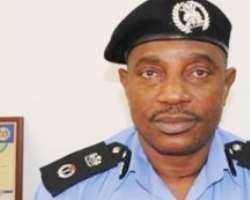 Attempts by many candidates to apply for enlistment into the Nigeria Police Force were frustrated on Friday as the two police portals for the recruitment crashed and were inaccessible for most part of the day.

The Police Service Commission had directed interested candidates to apply through its website, www.psc.gov.ngor that of the Nigeria Police Force, www.npf.gov.ng, but the two websites crashed due to huge traffic.

It was gathered that many candidates could not apply online at different cyber cafés and had to go back home in frustration.

The police website –www.ngf.gov.ng – on the other hand, was inaccessible for over 10 hours during which our correspondents monitored the website. But police sources said about 8,000 candidates had registered as of 2pm.

“Candidates started registering online from 4am on Friday when the portals opened for registration; as of 2pm, over 8,000 candidates had registered online. The traffic was huge and this explains why many applicants could not access the websites because the servers were down,” a source explained.

The operator of Smart and Bright cafe, Kubwa, who gave his name as Kingsley, said he had to turn back many candidates because the recruitment portals were not accessible, adding that only few candidates were able to register.

Victor Igaman of Igaman Cafe, also stated that he had turned back no fewer than four candidates on account of the jammed police servers. At Christ link cafe, about seven applicants had successfully applied while the eight person was observed filling in his bio-data.

A candidate, who gave her name as Margaret, said she was able to apply after spending about 20 minutes, adding that the huge traffic on the websites was to blame for the hiccups experienced by candidates.

The Head, Press and Public Relations, PSC, Ikechukwu Ani, said the commission's technical team was working on the servers to address the hitches.

“I have notified our technical team and they are working on the servers, all the hiccups would be addressed and candidates would find it easier to file their applications. I believe the issues we are experiencing were caused by the traffic from the huge number of applicants,” he explained.

The frustration of the applicants was vented on social media as some applicants berated the poor infrastructural preparedness of authorities for the barrage of applications.

An applicant, Samogconsu, on an online forum, Nairaland, questioned the size of the bandwidth being used by the police for the application.

He said, “I just decided to visit the recruitment website this morning and discovered that the hosting company has suspended the website meant for the recruitment exercise.

“Could it be that the police owed the hosting company or they have limited bandwidth that caused the shutdown?

“I think they need to give explanations to Nigerians. It is saying 'This account has been suspended, contact your hosting provider for more information.'”

Another applicant, identified as Adet5 said, “Concerning the ongoing police recruitment exercise, I observed that the website is malfunctioning. It is submitting application automatically even without the completion of filling of the forms and all efforts to reach its help desk has been abortive. Please is there anything I can do?”

Some applicants noted that the websites had been inaccessible since very early on Friday.

An applicant, Samjadinero, said on Nairaland at 5.58am that he could not get access to the websites.

“The websites are not accessible. Or am I the only one?” he said.

Another early morning applicant, Cloud9usher, said after many attempts to access one of the websites, “As expected, just few hours into the opening of the website, the website has crashed! I'm sure over 10 million users have over- flooded the poor website within hours. Nigerians I hail thee!”

An applicant, Andrew Igba, who took to the website of a news medium to express his frustration, berated the police authorities for not strengthening the website before commencing the recruitment exercise, saying none of the websites made available for the exercise was responding.

He said, “None of the two portals given for the recruitment has responded since morning. Why sound your trumpet before portal workability. Please try the portal yourself.”

Also, another applicant, Iyanu Olayomi, said on another online medium that it was disappointing that the Police Service Commission would not upgrade its website knowing that there would be an increased traffic to the site over the recruitment exercise.

She said, “I expect all agencies of government, including the PSC, to have learnt from the tragedy that characterised that of Immigration Service in 2014. It was a product of poor preparation. That same thing may likely happen again. It is disappointing that they didn't do anything to improve on their website despite the expected increase in the number of clicks on these two websites they provided. Shame!”

Meanwhile, the Federal Government said it had approved the necessary funds for the recruitment exercise.

President Muhammadu Buhari announced this on Friday while addressing policemen at the ceremonial parade marking the grand finale of the 2016 Nigeria Police week.

The president, who was represented by the Minister of Interior, Lt. Gen. Abdulrahaman Dambazau (retd.), gave assurance that the exercise would be transparent and credible.

According to him, aside from addressing the national challenge of youth unemployment, the initiative would bridge the chronic manpower gap in the police inherited by his regime.

The president warned that in carrying out the exercise, he expected the Nigeria Police to put national interest at the forefront in line with the reform agenda being pursued by the interior ministry.

Buhari said the government had procured over 1,000 patrol vehicles and other logistics to strengthen the operational capacity of the safer highway patrol scheme and support the deployment of police personnel towards security stabilisation and restoration of civil authority in the North-East.

He said, “The Federal Government has initiated actions aimed at giving effect to the concept of citizens-led policing and strengthening the technical intelligence capacity of the service as a strategic national approach towards addressing the challenge of highly organised crime on a sustainable basis.”

In an advertisement calling for application from interested candidates, the requirements specify among many other conditions that a candidate, who must be a Nigerian, must be certified mentally and physically fit by a Nigeria Police medical doctor or government medical practitioner.

The Police Service Commission Chairman, Mike Okiro, had warned the commission's workers who would be involved in the screening of candidates to avoid any act that might compromise the integrity of the exercise.

Okiro had warned applicants through a statement signed by the commission's Head of Press and Public Relations Unit, Ikechukwu Ani, to desist from indulging or inducing the commission's workers or face arrest. PUNCH