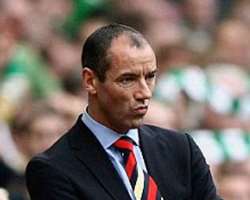 Sportinglife can reveal exclusively today that Frenchman Paul Le Guen has tacitly accepted to coach Nigeria's senior team, the Super Eagles in a two-year deal that is renewable based on the team's performance.

SportingLife scooped further that the Frenchman demanded that the NFF gets him a house in Abuja where he hopes to stay and monitor the domestic league players plying their trade weekly.

Indeed, Le Guen will get a house in Lagos where he would go to watch the league matches in the two stadia in Lagos and also the games in the South South, South East and South West areas of the country.

Interestingly, SportingLife reported yesterday that NFF chieftains have offered the new helmsman a whooping 40,000 Euros monthly and that the new tactician would pay for the services of his assistant and a trainer from the monthly 40,000 euros which he has accepted to earn during his three-year tenure.

Le Guen, who was born 1 March 1964, is a French football manager and a former player. His last role was as manager of the  Oman national football team, from which he was relieved in November 2015.

Interestingly, NFF chiefs have decided to allow the technical crew that prosecuted the two-legged ties against Egypt in Kaduna on March 25 and in Alexandria on March 29 in tact, given the remarkable manner in which they worked as a team for the games.

Indeed, on Tuesday, NFF hierarchy would meet with the sports minister, Solomon Dalung where the issue of Le Guen's employment would be exhuastibly discussed, just the NFF's plans for the Russia 2018 World Cup competition with draws of the competition slated to hold in June.

NFF men are also toying with other options principal of which is the urgent need to fill the void that would arise  in the squad when Samson Siasia head for the Rio' 2016 Olympic Games, in the event that the minister isn't persuaded to employ a foreign coach for the Super Eagles after the Tuesday's meeting in Abuja.

Already, the NFF have contacted renowned agents to shop for international friendly games meant to keep the Eagles busy now that the draws for the Russia 2018 World Cup would be held later in June.