Flavour and Iyanya Get Hilarious Dare from AY 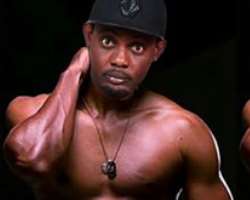 AY is no longer comfortable with the intimidation that Flavour and Iyanya always give him whenever they pose with their six packs showing on their selfies.

He is not going to let these men continue with their display without him doing something to his body. Oh dear!!! AY had to borrow an unknown body to look fit and breathtaking in a hilarious photo shopped picture.

"Enough is enough Iyanya and flavour come out now. Una fada" he dares them.

The question remains whose body did AY steal for this picture? Someone said "This body belongs to Tyson Beckford! Ay is a clown" while other said that it was Peter Okoye's body.

Do you know whose body that AY stole from ?