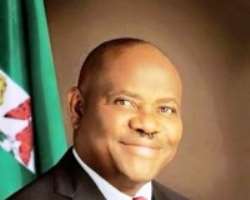 Rather than instigate violence in Rivers State, the State Chairman of the Peoples Democratic Party, PDP, Bro Felix Obuah, urges members of the All Progressives Congress, APC, to support efforts by the State Governor, Nyesom Ezenwo Wike to create a new Rivers State devoid of violence and any kind of criminality for peace and sustainable development.

The State PDP chairman, Bro Obuah made the appeal while reacting to comments by former Governor Rotimi Amaechi on Channels Television that if Governor Nyesom Wike wants peace in the State, he (Wike) should come and beg him.

Bro Obuah takes a swipe at Amaechi’s statement, regretting that such comment came from a former governor, and leader of a political party, who ought to exhibit high level of discipline, responsibility and maturity stressing that Amaechi’s comment has further vindicated the PDP that he (Amaechi) and members of the APC are behind all acts of violence in some parts of the State.

Bro Obuah however urges Amaechi to concentrate on his official duty as Minister of Transport to justify the reason for his appointment.

He therefore, called on all Rivers people, irrespective of their political affiliations, to support Governor Wike in his efforts to enthrone a peaceful and crime-free Rivers State, conducive for investment and development.