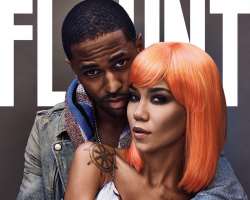 BEVERLY HILLS, March 31, (THEWILL) – Rapper Big Sean and singer/songwriter Jhené Aiko have teamed up on a new project to the delight of fans.

Speaking on the new project, Jhené says: “Music now doesn't really cater to the feelings of a real relationship,It's all about trapping and bragging. I feel like this project is something that's needed right now…Especially a whole project is just good for people to see. That duality is a perfect combination.”

The self-titled project has reportedly been in the works since summer 2015. According to Big Sean, the sound ranges from “turned up” to “melodic,” while remaining “cohesive.”

“We're in a place where we're both established, and we've laid a lot of groundwork, and it's really taking it back to just having fun with it. I have fun with her. She's one of my favourite people to just be around and kick it with,” he adds.

“First of all, I had a boyfriend and me and Sean had already met. We were friends. So he asked me to go out with him and even though I had a boyfriendI was like, 'Yeah, I want to go to the Lakers game!

“Sean had never asked me if I had a boyfriend or not.It was pretty obvious after a while it was a date.

“We had never really been alone together. It was really fun. I took a picture of Kobe.”

Read the full interview here .
Though we know they are just really good friends and Jhené is married, we can't help but marvel at the chemistry between these two!

See more photos from their spread…