How Nigeria is racking up debts to replace oil revenue 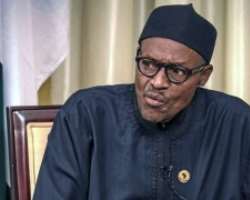 President Muhammadu Buhari's proposed 2016 budget, which projected a deficit of $15 billion due to falling oil prices. In an email interview, Matthew Page , an international affairs fellow at the Council on Foreign Relations, discussed the impact of falling oil prices on Nigeria's economy and politics.

WPR: How realistic is President Buhari's latest proposed budget, and what are the implications of the budget's $15 billion deficit?

Matthew Page: Stubbornly low crude oil prices mean that the Buhari government must borrow billions of dollars to realize its spending plans. As in years past, most government expenditure consists of salaries for civil servants across Nigeria's bloated federal bureaucracy. Even though the Senate just passed this year's budget, details of its contents are not yet public. This suggests the Buhari government wants to pass the budget before civil society watchdogs scrutinize it for wasteful and suspicious items. This already happened in December, making headlines and forcing the government to revise its spending plans.

Fortunately for Buhari, Nigeria should have no problem borrowing to finance its budget deficit. In 2005, Nigeria struck a deal with Paris Club lenders to write off over half of the country's $30 billion debt. Since then, federal government debt has crept back up but remains relatively low as a percentage of the country's GDP, which was estimated at $488 billion in 2013. As of the end of last year, Abuja owed domestic and international creditors roughly $55 billion.

One worry, however, is that Nigerian officials will opt to rack up more debt instead of reining in wasteful spending, eliminating unnecessary and corruption-prone agencies, and tightening management controls. Buhari's budget is very much a budget of continuity, rather than one of reform and austerity. It fails to redirect government spending away from wasteful pet projects toward essential sectors like power generation, education and health. Nigerian officials need to recognize that spending $38 million on a national space program or almost $1 million to refurbish the Geneva home of its ambassador to the World Trade Organization is, under current circumstances, not just unwise but reckless.

WPR: What steps has Nigeria taken in the past to limit its dependency on oil revenues, and what proposals has Buhari made to further diversify the Nigerian economy?

Page: Nigeria has made minimal efforts in the past to limit its dependency on petroleum revenues, which account for about 75 percent of government revenues. Over the past decade, Nigeria's service sector—especially telecommunications and retail—has grown significantly, but the government has not monetized that growth in the form of taxes and fees. Modern shopping centers have sprouted up in cities across Nigeria, and international retailers have set up shop in Lagos. However, outside of a handful of southwestern states, Nigeria's non-oil economy revolves around two stagnant sectors: subsistence agriculture and public-sector spending.

The Buhari government has announced plans to diversify the economy by investing in the extraction of solid minerals. Other than oil, Nigeria's primary mineral resources are coal and tin. Both are commercially viable, but neither commodity is capable of significantly boosting the national economy. Instead, the Buhari government needs to play to Nigeria's economic strengths and create conditions in which the country's service sector can thrive.

As it stands, Nigeria is one of the toughest places in the world to do business. In the World Bank's ease of doing business index, Nigeria ranks 169th out of 189 countries , below economic basket case Zimbabwe and only one step above war-torn Yemen. In order to diversify and expand the Nigerian economy, the Buhari government must work to solve the ongoing currency crisis, cut red tape, and improve electrical power supply and distribution.

WPR: What impact are falling oil revenues having on political stability in the Niger Delta, as well as more broadly?

Page: In the Niger Delta, the effects of falling oil revenues will be mixed. On one hand, there will be fewer oil revenues to fight over. With oil at $40 per barrel, petrodollars are trickling, rather than coursing, through the region's patronage networks. This limits the ability of ambitious local politicians and would-be militants to destabilize their communities. On the other hand, bad actors in the Niger Delta could become desperate as political patronage dries up and crude oil theft becomes less profitable, instead turning to banditry, maritime crime and racketeering.

Outside the Niger Delta, anemic oil revenues will constrain the Buhari government's ability to tackle Boko Haram or to respond to sudden flare-ups of communal conflict elsewhere. Nigeria's oft-criticized military and police are woefully underfunded and need to be recapitalized after decades of mismanagement. Dwindling oil incomes will also limit the capacity of Nigeria's 36 powerful state governors to mollify local grievances. Indeed, three of Nigeria's most cash-strapped states—Borno, Plateau and Nasarawa—also rank among its least stable.

Editor's note: This article represents the views of the author and do not represent the official policy of the Department of State or the government of the United States