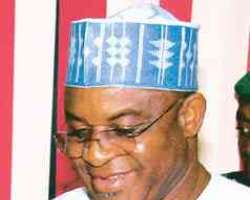 Members of the Peoples Democratic Party in the Ogun West Senatorial District of Ogun State have initiated a legal action before a Federal High Court in Lagos against Senate President David Mark and the Attorney-General of the Federation and Minister of Justice, Mr. Mohammed Adoke (SAN), over ministerial appointment from the state.

In the suit before Justice T. J. Tsoho, the plaintiffs are asking the court to decide whether the recent ministerial appointments by Acting President Goodluck Jonathan with regard to the state are in conformity with the principle of equity, fairness and justice.

They further want the court to decide whether the appointments are in compliance with the provisions of Section 147(3), 17 (1) and (2) (a) of the 1999 Constitution and international treaties, Articles 15 and 9 of the African Charter on Human and Peoples' Rights and International Covenant on Economic, Social and Cultural Rights to which the country is a signatory.

The plaintiffs are also asking the court to order Jonathan to appoint one of the ministers allotted to Ogun State from the Ogun West Senatorial District.

They are further seeking an order restraining Mark and Jonathan from screening and inaugurating any or all nominees for ministerial appointments from the state pending the determination of the originating summons.

In a 14-paragraph affidavit in support of the suit deposed to by a member of the party, Ganiu Olakunle, the plaintiffs alleged that the action of the defendants was in flagrant disobedience of the principle of federal character as enshrined in the constitution.

They further claimed that in the 34 years of the existence of the state, the district had produced only two ministers and one ambassador, saying that the rest of the appointments had always gone to Ogun East and Central districts

They alleged that if the trend was not checked, the people of the district would continue to be marginalised and discriminated against in breach of the constitution.

Justice Tsoho had, however, granted leave to the plaintiffs to serve the defendants with the copies of the court processes and adjourned the case till May 5.