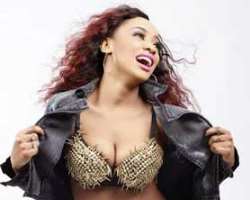 Kehinde Ajose Sefiya, without doubt, is a talented and sexy singer, who has continually shown that she is hungry for greatness.

In a chat with Potpourri, she reveals what inspired the song and why she considers herself a reincarnation of a sexy goddess.

'We have that one person in our life who knows how to make us melt emotionally. What such people do is they seem to possess the ability to press a button and literally we melt. With that line of thought, I decided to put together the song Mumu button. I cannot categorically say I am a sex symbol, it's all about how fans perceive you. But if they have been saying that, what can I say differently? Sefiya is a reincarnation of the sexy goddess, Venus.' - Vanguard.