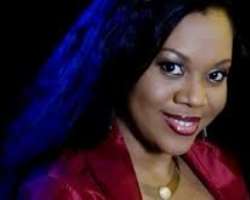 With a couple of singles already like 'The man' and 'Ja Gi Mma' both of which were produced by her hubby Da Bishop (Daniel Adenimokan), Stella will go down in history as the 3rd Nollywood actress to drop a full length album.

She follows Genevieve Nnaji whose album 'One Logologo line' dropped in 2004 as well as Omotola Jalade who dropped her album 'Me, Myself and Eyes' in 2010.