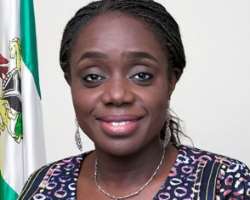 The dispensable amount according to the Federation Account Allocation Committee (FAAC) totaled N270.499 billion in February, down from the N290.961 billion received in the previous month, representing about N20.462 billion decline.

The three tiers of government comprising the federal,states and local governments shared the sum of three hundred and forty five billion, ninety-five million Naira (N345.095bn), inclusive of Value Added Tax (VAT), as the statutory allocation distributions during the month in review.

The contributory surplus to the amount were made possible by the exchange gains and refunds made by the Nigerian National Petroleum Corporation, NNPC, to the Federation Account.

According to the Permanent Secretary of the Ministry of Finance, Mr Mahmoud Isa-Dutse, who represented the Finance Minister, Mrs. Kemi Adeosun, gave the breakdown the sharing formula as follow: Federal government received N127.200 representing 52.68 per cent; State Governments received N64.518 representing 26.72 per cent while the Local Governments got N49.780 billion or 20.60 per cent of the distributed funds.

In his briefing, he said that oil production increased slightly between December 2015 and January 2016 despite explosions at Escravos terminal, force majeure declared at Brass terminal, shut-in and shut-down of pipelines at other terminals for repairs and maintenance.