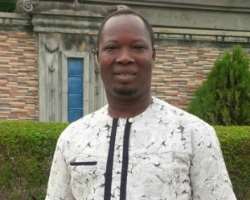 Confirming the story, National President of Urhobo Youth Leaders Association, Chief Western Adehor said the incident occurred within Oviorie and Orerokpe road at about 11pm when Comrade Oyibode and his wife were returning from Abraka, and the kidnappers in their numbers intercepted their Pathfinder Jeep and whisked them to unknown destination.

“We the members of the Urhobo Youth Leaders Association have reported the issue at the Orerokpe Police Station in Okpe Local Government Area and still doing all we can to secure their release. But the kidnappers are demanding for N10 million ransom before they can release them for us”.

Senior Executive Assistant to Governor Ifeanyi Okowa on Security, Comrade Godwin Okporoko who is also the National Vice President of Urhobo Leaders Association said the state government was working round the clock to secure their release.

The Delta Police Command is yet to make an official reaction to the kidnap of the National Secretary of Urhobo Youth Leaders Association at the time of filing this report.

The Public Relations Officer, Delta State Command, CSP Celestina Kalu did not answer her cell phone at time she was contacted but it was learnt that the police at Orerokpe Division has confirmed the story.