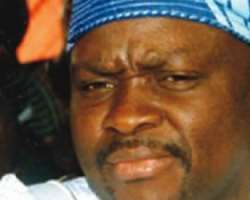 An Ekiti State High Court in Ado-Ekiti has declared  the land acquired by the state government   to build an airport  in the state as unconstitutional, unlawful and  illegal.

The court also ordered the state government to pay N5m as general damages to the claimants for the destruction of  their economic trees, crops and buildings  on the land.

Justice Dele Omotoso gave the judgment in a suit by Faluyi Ayeni and eight others, who  sued the state government  on behalf of the  landowners and farmers of Iwajo and Aso Ayegunle farm settlements along Ado-Ijan Road.

He restrained the defendants and their agents from forcibly entering, trespassing, coercing, intimidating, harassing or in any other manner whatsoever from gaining access to the farms and landed property of the claimants.

Justice Omotoso held that the purported revocation of the Right of Occupancy of the claimants to their respective parcels of land was and unconstitutional, unlawful, illegal, null and void and of no effect.

The court further declared that the forcible entry into the farmsteads by the defendants, their agents, servants and  privies on October 2, 2015 was unlawful, illegal, unconstitutional, inequitable, a wreck of injustice and violation of their fundamental human rights.

It also held that the forcible entry into the farmsteads on October 2, 2015 and subsequent occasions to clear and remove their crops and buildings without a proper enumeration of the crops thereof, while purportedly acting on Notice of Revocation dated September 18, 2015, was unlawful, illegal, unconstitutional.

Consequently, the court granted an injunction restraining the defendants, their agents, servants, privies, workmen, appointees, consultants from treating the Rights of Occupancy of the claimants as having been revoked by virtue of the Notice of Revocation captioned Land Use Act Nigeria dated September 18, 2015.

The court also granted an injunction restraining the defendants from further removing, harvesting, clearing or otherwise damaging the economic crops, buildings  and goods and  chattels on the land. Punch.