Obasanjo: Some African leaders to blame for conflicts 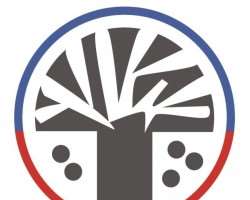 ADDIS ABABA, Ethiopia, March 21, 2016/ -- Some of Africa's leaders are responsible for instability on the continent because they have failed to manage diversity in their societies, the former Nigerian President, General Olusegun Obasanjo, has said. By the same token, he noted, outside interference in Africa has been responsible for conflicts, citing the NATO air strikes in Libya in 2011 that led to the removal from power of Colonel Muammar Gaddafi.

“The repercussions are now being felt in Mali, Nigeria and the Sahel,” Gen. Obasanjo told a press conference on the upcoming Tana High-Level forum on Security in Africa (http://www.TanaForum.org) in Ethiopia. Asked whether African leaders were to blame for the conflicts on the continent, he said: “Yes and no.”

He said leaders were failing their people because they had not been able to prevent marginalisation in their societies, prevent injustice, reduce unemployment, reduce poverty, and that they had not embraced democracy and good governance.

The theme of this year's Forum is Africa in the Global Security Agenda.

This is apt, given the continuing fallout from the NATO intervention in Libya, for which US President Barack Obama recently criticised the British and French governments for getting rid of Gaddafi without having plans in place for effective “follow-up”.

On the issue of African peacekeeping operations, he agreed that the lack of funding from African Union member states was a major setback for peace and security on the continent.

He said that when he was head of state, he was in charge of a high-level panel to search for alternative sources of funding for the AU, but this came to nothing.

He noted that when the AU was looking for funds to counter the Ebola virus in Sierra Leone, Liberia and Guinea, member states failed to provide the money. “The AU eventually had to turn to the private sector and it was able to raise $40 million,” said Gen. Obasanjo, who is Chairman of the Tana Forum.

He was critical of AU member states for not contributing to the AU's general budget, adding, “I think this is down to the lack of political will.”

Gen. Obasanjo noted that Ebola and migration from Africa had security implications not just for the continent “because we now live in a global community whereby if something happens in Africa, it affects the rest of the world”.

This was why Africa had to take a serious look at its security infrastructure, what Africans could do themselves to deal with these issues, and what should be the continent's role in formulating security policies globally.

The 5th Tana High-Level Forum will take place on 16-17 April 2016 in Bahir Dar, Ethiopia. More than 150 participants are expected to attend, including current and former Heads of State and Government, high-ranking government officials, academics, civil society representatives, experts and policymakers from the AU, UN and other international institutions.