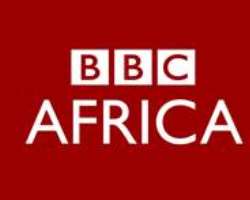 The March edition of BBC Africa Debate – the flagship current affairs discussion programme on BBC World Service radio - will come from Dar es Salaam, Tanzania. Presented by Zuhura Yunus and Owen Bennett-Jones, the programme can be heard on the BBC World Service on Fri 25 March at 1900GMT and online at bbcafrica.com , listeners can also join in with the discussion by using the hashtag #BBCAfricaDebate on social media.

The invited audience will be discussing the effect of corruption on Africa and what the continent can do to stamp it out alongside a guest panel including John Githongo, Boniface Mwangi and Zitto Kabwe.

75 million Africans paid a bribe in 2015, according to Transparency International’s latest report with most Africans feeling that corruption is getting worse. Are African leaders and institutions pathologically corrupt? Or is this just a negative stereotype?

Kenya’s President Uhuru Kenyatta has declared war on corruption, saying it was a “threat to national security”.

In Nigeria President Muhammadu Buhari ordered the arrest of his predecessor’s security advisor for allegedly stealing $2 billion dedicated to the fight against Boko Haram. Several politicians are also under investigation for alleged corruption.

Whilst in South Africa, investigations into the $23 million upgrades to President Jacob Zuma’s Nkandla home using state money have resulted in him being asked to repay some of the money.

In Tanzania, the new president John Magufuli has declared war on corruption, calling his judiciary corrupt, firing many, including the head of the anti-corruption body and saying "I'm worried that even the people I'm firing because of corruption will easily secure freedom despite watertight evidence against them".

This edition of BBC Africa Debate will be recorded on the 22nd March and broadcast on Fri 25th March, listeners can use and follow #BBCAfricaDebate on social media to get involved.

The BBC Swahili team will also be bringing a debate in Swahili to listeners from the same venue on the same topic.

Further special programming from Tanzania will include an edition of NewsHour Extra. This hour-long programme will ask: Can language unite a nation? Looking at the role Swahili has played in nation-building in Tanzania, how it has helped the country unify, and the extent to which it may have held Tanzania back from engaging with its neighbours and the wider world. Should it be seen as a model for the rest of the region?

The programme will be broadcast at 0900GMT on Friday March 25 and available online after broadcast.