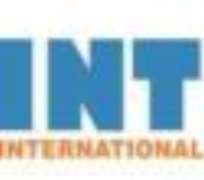 (Onitsha Nigeria, 20th of March 2016)-The attention of all Nigerians and members of the international community are drawn to the fact that clock is speedily ticking for the duo of the outgoing Inspector General of Police, IGP Solomon E. Arase and the Chief of Army Staff, Lt Gen Turkur Buratai to account locally and internationally for “regime- atrocities” they committed while in service as Nigeria’s Police IGP and Army COAS (chief of army staff). The Nigerian Army and the Nigeria Police Force under their commands in the country’s current democratic dispensation of President Muhammadu Buhari have recorded and still record worst human rights abuses (State killings and terror) in the country’s democratic history, to the extent that in the past ten months, over 1000 State murders are credited to their names and killer-securitization responsibilities. These they perpetrated through policy statements and issuances and conducts. Their gross incompetence and incapacities have also led to killing by malicious non State actors of over 3000 citizens in the past 10 months. As the country’s chief and auxiliary internal security providers, they incompetently failed to secure the lives of these murdered Nigerians.

In the course of their disastrous eras as Nigeria’s Army and Police chiefs, they conducted and still conduct themselves as outlaws and incorrigible; forgetting that “power is transient” and nothing last forever as well as the fact that “there is always tomorrow to fall on and yesterday to fall back on”. Even when reminded plainly and constructively of their involvements in the dastardly killing of innocent citizens in peacetime and future dire consequences of their atrocious conducts; the duo would not only boast and justify their atrocious acts but also threaten to kill more innocent citizens like IPOB and Shiite members so as to “dissuade others from trying the might of soldiers and personnel of the Nigeria Police Force”. Stark instances are the killing of 705 Shiite members in Zaria on 12th and 13th of December 2015 for “blocking the convoy of the COAS”; killing of 13 IPOB members in Onitsha on 17th of December 2015 for “jubilating over court-ordered release of Citizen Nnamdi Kanu”; and killing of another 22 IPOB members in Aba on 9th of February 2016 “for gathering in a school compound to pray for the release of Citizen Nnamdi Kanu”. There are also other senseless killings by soldiers in Rivers State and war-like bombings and massacre of villagers in parts of the Niger Delta for the purpose of “oil colonization” and under the guise of “fighting sea pirates, etc”.

Today, time has come for the duo of COAS and IGP to account. End of “uniform or khaki immunity and impunity” is almost here, if not certainly here and now. Accountability litigation actions against the duo under reference are mounting locally, regionally and internationally in numerous jurisdictionally competent courts; both for personal and vicarious culpabilities. The consequences of this are that once “boss-client and uniform/khaki immunities” being used by the referenced to commit their regime-atrocities are gone, local and international accountabilities follow. Mr. Solomon E. Arase ( AP16474 ), according to the “Staff List for Senior Police Officers: CSP-IGP of 24th of January 2014” was enlisted into the Nigeria Police Force on 1st of December 1981. He hails from Oredo in Edo State and was born on 21st of June 1956. He was promoted AIG on 22nd of February 2012 and became IGP on 15th of April 2015. He will retire officially or statutorily on 21 st of June 2016 after attaining 60years of retirement age, according to Nigeria’s Public Service Rule (2008). He has paper degrees in political science and law.

For Lt Gen Turkur Buratai (COAS), he was born on 24th of November 1960 at Buratai

town in Biu Local Government Area of Borno State. He was enlisted into the Nigerian Army via the Nigerian Defense Academy on 3rd of January 1981 as a member of 29 Regular Combatant Course 29 (29 RC) where he obtained a National Certificate in Education (NCE). He became a Second Lieutenant on 17th of December 1983 after. By Nigeria’s Public Service Rule (2008:28-29), the compulsory retirement age for all grades in the service shall be 60 years or 35 years of pensionable service whichever is earlier. The Rule further states that no officer shall be allowed to remain in service after attaining the retirement age of 60 years of punishable service whichever is earlier and that provision of (i) and (ii) of the rule is without prejudice to prevailing requirements for judicial officers and academic staffs of universities who retire at 70 and 65 years respectively.

Going by this rule, Lt Gen Turkur Buratai ought to have retired on 3rd of January 2016 on completion of 35 years of service. Generally, the minimum age for enlisting into the Nigerian Armed Forces is put at 18 years old for voluntary service and at 60 years or after putting in 35 years of service according to the Federal Civil Service Rule. In other countries, such as the United States, military officers are expected to put a minimum of 20 years of service and a maximum of 30 years, according to the department of defense directive. An officer can be enlisted in the force at the age of 17. In Britain, officers are enlisted into the force at the age of 16 and are expected to put in at least 18 years of service. In Africa, Ghana enlists officers at the age of 18 and retires officers at 50 years while in South Africa, officers stay in active service until they are 60 years and could be enlisted at the age of 18 (Source: Vanguard, December 28, 2012).

However, there is the Harmonized Terms and Condition of Services Officers (HTACOS), 2012 (Revised). HTACOS was intended to make retirement age in the military (army, navy and air force) different from other personnel or public servants of the Federal Government. The HTACOS was also meant to scrap the years of service of 35 years of service and fully embraced the age on rank bracket. This means that as long as officers and men of the Nigerian military pass the necessary promotion board examinations, they would not be retired just because they have served 35 years. But that will now depend on their Run- Out -Date (ROD). But the HTACOS was further designed to start with the 36th Course (C36) and their equivalents and above. The 36th Course members were the first set to start full degree programs at the Nigerian Defence Academy (NDA). Before then, Courses 1 to 35 (including Lt Gen Buratai’s Course 29) studied and graduated with the National Certificate in Education (NCE) from the NDA. This means that while Course 36 and above will benefit from all the provisions of the HTACOS, their seniors, Courses 1 to 35, will not have the full benefits. Course 17 is the oldest still in service (source: Guardian, October 8, 2012).

From the foregoing analysis, Lt Gen Turkur Buratai having been excluded from HTACOS of 2012 on account of his belonging to Course 29 of NDA; ought to have been retired statutorily since 3rd of January 2016 after attaining the mandatory 35 years of service in the Nigerian Army having been enlisted into the Nigerian Army as a cadet officer on 3rd of January 1981. We are fully aware that the Buhari administration’s affront to rule of law and due process has risen to an apogee and may most likely continue in the case of the COAS; by retaining him against the laws of the land as he has always done. But we want to put it on record and consciousness of all Nigerians and members of the international community and Lt Gen Turkur Buratai himself that the end of his dark era is speedily nearing when he will inescapably answer for his “regime atrocities” (killing of 705 Shiite and over 80 IPOB activists, among others, in conjunction with retiring IGP Solomon Arase). That is to say that someday soonest, he will hang his khaki and join the civil populace.

It is true that the Federation of Nigeria is still paying billions of naira compensations from international court verdicts for Obasanjo’s atrocities in Odi and Zakibiam in early 2000s, but himself and those he ordered to commit such crimes against humanity somehow walk freely till date because some international mechanisms now in place such as ICC and UN special crimes courts were yet to be in force them. The ICC Statute, for instance, came into force 1st July 2002; two years after the Odi and Zakibiam massacres and it does not have retroactive criminal jurisdictions. The worst retirement life is that under which the retiree cocoons himself or herself and sneaks in and out of countries and places where he or she visits because of monumental “regime atrocities” committed while in office. Regional and international fugitiveness or criminal indictment or pursuit to account for atrocity crimes is worse than criminal conviction and sentencing. The fate of the likes of Omar Hassan El-Bashir of Sudan and his atrocious “Janjaweed” commander (Sheik Musa Hilal) in Darfur and his Minister in charge of Humanitarian Affairs & Darfur (Ahmad Muhammad Harun) is a clear case in point.