Group calls on el-Rufai to withdraw bill against public preaching 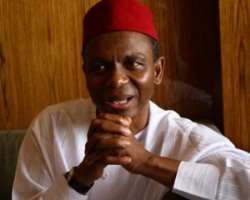 The Human Right Writers' Association of Nigeria on Sunday called on Gov. Nasir el-Rufai of Kaduna State to withdraw the bill on prohibiting religious preaching in public places in the state. There has been public outcry since the Bill came to the public domain.

In opposition to the bill, the National Coordinator of the association, Mr Emmanuel Onwubiko, alleged that the bill violated constitutional provisions for freedom of worship. He said that the bill, if passed into law “is capable of breeding religious crisis in the state.

“We recognise the validity and sanctity of section 10 of the constitution which clearly spelt out that government of the federation or state shall not adopt any religion as a state religion''.

He described Kaduna State as being sensitive, saying that it should not be allowed to be troubled with issue of religion, advising the stakeholders not to mix religion with politics.