CSOs Call For Cancellation Of Rivers Rerun Over Violence, Irregularities 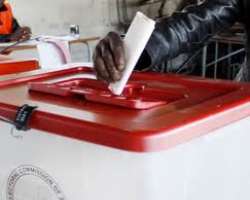 The coalitions which comprise The New Initiative for Credible Leadership, Centre for Social Justice, Equity and Transparency (CESJET), Africa Arise for Change Network, Nigerians United Against Terrorism, the Arewa Youth Integrity Forum, in a protest letter to INEC's Resident Electoral Commissioner in Rivers State said anything short of total cancellation of the result will only make a mockery of Nigeria's democracy because the exercise fell short of any local or international standard.

In a statement signed on behalf of the group by Rev Steven Onwu of the New Initiative for Credible Leadership, the coalition said should INEC fail to cancel the election, they will lead a protest to occupy the INEC headquarters in Abuja.

It stated, "we have noted with dismay that the Independent National Electoral Commission, INEC has suspended the re-run elections in six of the local government areas of Rivers state. Our dismay arose out of the fact that the conduct of the re-run falls short of even the 2015 general elections whose cancellation was the basis for the re-run polls.

To the extent that the election is flawed and characterised by violence, we demand that you cancel the election right away as going ahead to declare result will imply that your commission has its own agenda in Rivers state different from the widespread desire for free and credible elections in Nigeria.

"Failure to cancel the election will see us occupy the INEC headquarters in Abuja as we are determined to ensure that no individual or group of persons take advantage of the large cache of arms in their custody to reinvent a quasi- democratic coup in Rivers State.

Despite the complete breakdown of law and order, your commission persisted in conducting the sham to the detriment of the electorate who have no way of expressing their true wishes under the condition in which the poll supposedly held. Even security operatives, who should provide cover for voters, were killed alongside citizens they should protect.

" There was widespread snatching of ballot boxes, results were written in obscure locations, there were escalated threats to the lives of voters, and armed militants were mobilized to disrupt polls in addition to other unspeakable atrocities that exposed the decline of INEC in the past months to the international community. This we must reject in totality as far as our democracy is concerned."

The group also accused the resident commissioner of complicity, while praising the conduct of the security agencies "that made efforts to send a strong message to the perpetrators of violence that Nigeria does not belong to them alone. Their reports will form basis to legally act against you when the time is right."

It stated further, "no right thinking person will even attempt to ascribe the name election to what took place in Eleme, Gokana, Khana, Adoni, Tai and Bonny Local Government Areas. The incidents in this place are a shame on the democratic credentials of the current administration in the state because the actors have refused to give peace a chance. With what took place in Rivers state, you have helped INEC to break its own record by conducting what is now the worst election in Nigeria."

The coalition asked President Muhammadu Buhari to declare a state of emergency if the actors in Rivers have no respect for human lives and not ready to give democracy a chance.