US: politics: Paul Ryan acknowledges a contested convention is likely 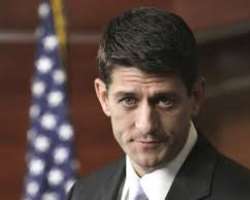 Don't expect House Speaker Paul Ryan (R-Wis.) to ride in on a white horse and save the Republican Party if it ends up with a contested presidential convention .

Not even if former House Speaker John Boehner (R-Ohio) endorses him? No, not even then.

“The speaker is grateful for the support, but he is not interested,” Ryan's spokeswoman, AshLee Strong, said Wednesday in an email. “He will not accept a nomination and believes our nominee should be someone who ran this year.”

Of course, in September, Ryan said he wasn't interested in being House speaker , only to do an about-face a month later  and say he would “gladly serve.”

Boehner had said earlier Wednesday that he would back Ryan if a clear nominee didn't emerge.

“If we don't have a nominee who can win on the first ballot, I'm for none of the above,” Boehner said while speaking at the Futures Industry Association conference in Florida, according to Politico .

“They all had a chance to win,” he continued. “None of them won. So I'm for none of the above. I'm for Paul Ryan to be our nominee.”

This post has been updated to note Ryan's change of heart regarding the speakership.