Access Bank grows profit by 44 per cent to N75 billion 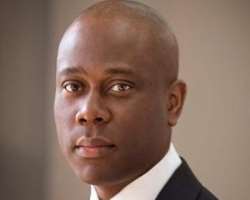 Access Bank Plc made some quantum leaps in profitability in 2015 as its full year financial result for the year ended December 31, 2015, shows 38 and 53 per cents increase in its gross earnings and profit after tax (PAT).

The result result released on the Nigerian Stock Exchange Thursday shows that these profits were achieved on a gross earning of N337.4 billion as against the N245.4 billion which it recorded in the comparable period of 2014.

The increase in non interest income, the bank said, is attributable to strong gains on foreign exchange trading income “which reflects management's ability to diversify the bank's revenue sources.”

The group managing director and chief executive of Access Bank, Herbert Wigwe, said the bank is geared towards achieving better shareholder values in the years ahead.

According to him, “This year's results reinforce our resolve to generate sustainable returns despite challenging market conditions. We achieved strong financial progress in 2015 as the group recorded a 44 per cent growth in PBT to N75 billion from N52 billion in 2014, with significant contribution from our securities trading business.

“Guided by a robust risk management framework, our diversified business model yielded positive results as we grew the business cautiously and recorded sound prudential ratios. During the year, we successfully raised capital by way of rights issue which has significantly strengthened our capital base and now provides us with sufficient headroom to harness opportunities in key growth sectors of the economy.

“In the coming year, we will remain resilient in the execution of our bold strategy for increased growth and profitability. Though market conditions will remain challenging, we will focus on innovation, proactive risk management and data analytics as catalysts for diversifying income streams and enhancing retail expansion so as to maximise shareholder value in 2016 and beyond.”