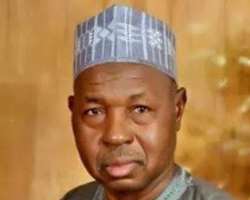 European Union, (EU) has pledged to assist Katsina State government to address the infrastructural decay that has been hindering development of the state.

The EU’s decision emerged at a meeting between ambassadors of 28 EU member countries in Nigeria under the leadership of Ambassador Michael Anion and Katsina State government officials led by Masari at the EU office in Abuja.

EU Ambassadors at the meeting were informed of the level of infrastructural rot the incumbent administration met on assumption of office eight months ago.

Katsina State’s backwardness is evidenced by in its current position as the second poorest in the country, according to the rating of the Federal Office of Statistics, despite earning a staggering N1 trillion in the eight years preceding this administration.

The decay is most noticeable in the three commanding heights of the economy, namely education, health and agriculture, the EU officials were told.

The rot is such that about N42 billion is needed to revamp education at the foundation level, at the time when over N3 billion is spent annually on the payment of examination fees for secondary school students in which success rate never exceeds ten percent.

Governor Masari at the meeting spoke of the efforts to recover over N72 billion allegedly stolen, including the ongoing investigation by the Economic and Financial Crimes Commission, EFCC, and the establishment of a Judicial Commission of Enquiry, which members would soon be sworn in.