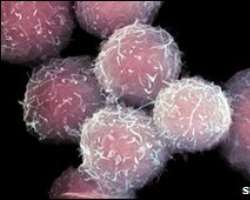 Human veins left over from lifesaving bypass surgery could be a source of “master” cells to help treat future heart problems, say scientists.

A University of Bristol team extracted stem cells from the veins, then used them to stimulate new blood vessel growth in mice, Circulation reports.

The researchers say their findings could bring treatments to repair damaged heart muscle one step closer.

However, a stem cell expert warned that they remained some years away.

Stem cells are attractive to medical researchers because they have the ability to produce many different types of human cell, opening up the possibility of repair or renewal for tissues ravaged by disease or injury.

While human embryos were originally seen as the prime source of “pluripotent” cells, with the potential to form virtually any tissue type, scientists are increasingly finding ways to isolate cells from adults which have some of these properties, and encourage them to multiply into useful numbers.

The latest discovery uses a “waste” product from thousands of operations carried out on heart patients each year.

The lack of blood leaves the muscle damaged, and this can cause chest pain or even a heart attack.

A heart bypass operation takes a section of vein, usually from the patient's leg, and uses it to replace a blocked or narrowed section of heart artery.

The surgeon normally takes a slightly longer section than is actually required.

In this study, the Bristol team took the leftover piece and, in the laboratory, they managed to extract “progenitor” cells from the veins and persuade them to increase in number.

Mouse muscle
When the stem cells were injected into the leg muscle of a mouse which had been deprived of blood to simulate conditions in a damaged heart, the cells appeared to trigger the development of new blood vessels and improve blood flow.

Professor Paolo Madeddu, who led the research, said: “This is the first time that anyone has been able to extract stem cells from sections of vein left over from heart bypass operations.

“These cells might make it possible for a person having a bypass to also receive a heart treatment using their body's own stem cells.”

However, other experts said much more work would be needed before such cells could be used widely in humans.

Professor Qingbo Xu, from King's College London, said the mechanisms by which the cells worked needed to be more fully understood.

“It's possible this could be a future treatment, although not at the same time as the heart bypass surgery, as it takes some time to extract and grow these cells in the laboratory.

“But there is a long way to go before we can have a clinical application for this.”

Professor Peter Weissberg, the medical director of the British Heart Foundation, which funded the research, said the prospect of repairing heart damage was the “holy grail” for heart patients.

He said: “It brings the possibility of 'cell therapy' for damaged hearts one step closer, and, importantly, if the chemical messages produced by the cells can be identified, it is possible that drugs could be developed to achieve the same end.”