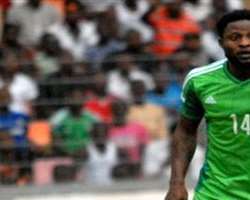 Nigerian international footballer, Raheem Adewole Lawal, who plays professionally for Turkish club Osmanlispor, as a midfielder, along with his FIFA licensed agent, recently survived an auto crash on their way to Ankara.

According to their narration, Raheem's agent was the one driving the Range Rover Sport while it was raining as Raheem was fast asleep and on getting to Duzce-Ankara expressway, the back tire sudden exploded while the car was in motion.

The driver narrated that the car started turning at the middle of the road while hitting both sides of the barricades on the road three times with a slippery road until the car stopped.

Police and ambulance had arrived the scene of the accident and the FIFA licensed agent was tasted of alcohol which was negative and he gave the details of what actually happened.