CCT Trail: Saraki As A Man Of Ill Integrity 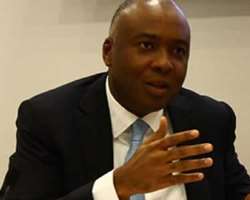 However, the defense counsel, Kanu Agabi, say a motion has been filed to challenge the jurisdiction of the tribunal. He said the tribunal cannot proceed without a ruling on the motion which he said was filed on Monday.

According to him, the motion has been served on the Ministry of Justice. “Your Lordship must rule on the motion no matter how frivolous it is,” Agabi told Justice Umar.

Jacobs called attention of the court to the ruling of the Supreme Court that the trial must go on. Jacobs said he has not been served any motion until now though the defense counsel knows that he is the prosecutor in the case.

He recalled that the defense counsel had served him a letter asking for adjournment, but failed to serve him the motion challenging the continuity of the trial. As such, Jacobs said he must inquire from the Ministry of Justice if indeed a motion has been served.

the jurisdiction of the tribunal.
The tribunal however accepted the motion. “Why did they accept it? It is the Ministry that wants to delay the proceedings,” Agabi said.

The defense lawyer further argued that the Tribunal should rule on the application challenging its jurisdiction before the trial can proceed.

But Jacobs countered with argument that the defence had always served him every motion in addition to serving the Ministry of Justice.

He drew the attention of the court to a provision in the Administration of Criminal Justice Act which he said empowered the Court to continue with the trial and consider the application at the end.

Consequently, lets remind those protesting against justice that they are chasing a fine vehicle. We care less if the man giving you Kunnun and #500 is involved or whether he is the Senate president, what we care is justice to prevail...