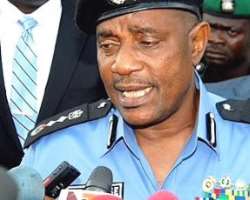 The Inspector-General of Police, Mr Solomon Arase, has deployed 6,000 personnel and 14 units of Police Mobile Force personnel to compliment the personnel of Rivers Command for the March 19 re-run election in the state.

This is contained in statement issued by the Force spokesperson, Acting Assistant Commissioner of Police, ACP Olabisi Kolawole, and issued to newsmen on Sunday in Abuja.

It stated that three commissioners of police had also been deployed to supervise security arrangements in Rivers East, West and South-East senatorial districts.

The statement said that Arase had also directed the Assistant Inspector-General in charge of Zone 6 Calabar, AIG Adisa Baba Bolanta to relocate to Port Harcourt for pre-election preparations.

It added that the Deputy Inspector-General in charge of Operations, DIG Sontoye Wakama, had also been directed to proceed to Rivers to hold meetings with stakeholders and Police officers in the state command.

It said that Arase assured law abiding electorate of a secure and enabling environment to exercise their franchise.

It warned security details not to accompany their principals and politicians to polling booths and collation centres during the elections.

The statement emphasised that only security personnel specially assigned for election duties must be seen within and around the designated places.

It said that the deployment was part of strategies to prevent electoral violence and ensure smooth and orderly conduct of the elections. (NAN)