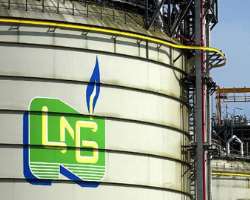 Over 50 workers of the Nigerian Liquefied Natural Gas Company Limited, in Bonny, Rivers state, including some community residents are said to be seriously sick and hospitalized following an alleged air borne disorder allegedly caused by a recent shut down facility/ turn around maintenance work embarked upon by the company

A good number of observers also attest that the ailments resulted from inhalation of strange and dangerous emission from the company’s recent activities, even as the air within the area is said to be saturated with volatile inorganic gases, benzene and lots of other toxic chemical emissions from the company activities.

Reports indicate that NLNG officials are making effort to keep news of the recent outbreak from leaking out to the public and media; and one of the tactics is refusal to speak to press so as to continue to feign ignorance and oblivious of the cumulative effect of their activity on their workers and the community.

Some of the company workers who spoke in anonymity explained that they have symptoms like dizziness, chills, nausea, headache, difficulty in breathing and faintness.

"It just hits you in the face and about knocks you over," says one of the workers hospitalized, another explained that,” it smells like some kind of awkward petroleum but you can't pinpoint it,"

Another hospitalized worker vividly weak relieves his experience but requested that it should be in confidence to avoid sack, according to him,, ´I started getting headaches, and then fatigue set in, then dizziness, nausea and before I knew it I was gasping for breath"

Recently pundits have expressed optimism that the benefits of natural gas for air quality far outweigh any negatives, but experts caution that much cleaner production practices are needed to prevent the industry from becoming an air quality villain. The Bonny emission rate in Bonny is alarming, one that calls for serious regulative measures to save the lives of the people.