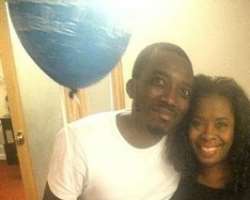 Popular Nigerian comedian, Bovi, has just woken up thinking about how he is going to bid his the corpse of his late mother final fare well to mother earth.

Mrs Margaret Ugboma died in January 25th, 2016, barely two months after the comedian celebrated her birthday with a moving message.

The comedian has been in his home state, Delta, for some days now in preparations for the burial plans along with his family members.

As at the time of filing in this report, the body of late Mrs Margaret Ugboma has been laid to rest amidst tears. May her soul rest in peace.