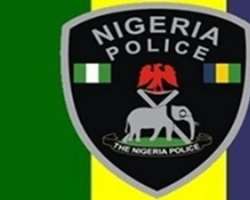 Following the collapse of a five-storey building under construction on Kushenla Road, Ikate Elegushi, Lekki on Tuesday, the Police on Thursday said Richard Nyong, the Managing Director and Chief Executive Officer of Lekki Gardens, the construction company behind the collapsed building, has been detained at Panti Police Station.

The Police Public Relations Officer in Lagos, Mrs. Dolapo Badmos, who confirmed Nyong's arrest, said he would be charged to court as soon as investigations were completed.

On Wednesday, Governor Ambode had ordered all Directors of Lekki Worldwide Estate Limited to submit themselves to the Lagos

Nyong complied with the directive and reported himself to the office of the Commissioner of Police in company of his lawyer, Mr. Wole Olanipekun (SAN) and was detained after interrogation.

It would be recalled that the Lagos State Government in the wake of the building collapse, revealed that preliminary reports and investigation, it was discovered that the collapsed building was served contravention notice for exceeding the approved floors and thereafter sealed by the Lagos State Building Control Agency.

The government also discovered that in a brazen act of defiance and impunity, the owners of the building, Messrs Lekki Worldwide Estate Limited, the promoters of Lekki Gardens, criminally unsealed the property and continued building beyond the approved floors until the unfortunate incident of Tuesday which has led to the death of over 30 persons.

Governor Ambode who is said to be irked at the spate of building collapse in the state had vowed to wield the big stick so as to put a stop to the disturbing trend.