APC in move to suspend Kwakwanso's for anti-party activities 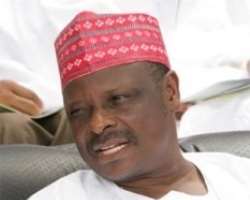 The leadership of the All Progressives Congress, APC, Kano State chapter has initiated moves to suspend former Governor of the state, Senator Rabiu Kwankwaso for alleged anti-party activities. Kwankwaso The chairman, Kano chapter of the party, Alhaji Haruna Umar Doguwa, told newsmen in Kano that the senator had during a recent visit to the state allegedly exhibited actions capable of compromising the party's unity.

According to Doguwa: “The case of party indiscipline by Kwankwaso would be thoroughly investigated and dealt with in accordance with the constitution of our party” Kwankwaso was alleged to have stormed Abdullahi Ganduje village on a condolence visit with supporters chanting perceived derogatory songs against the bereaved the state governor, Alhaji Abdulahi Ganduje.

Doguwa claimed that “what specifically made the visit a misdemeanour to our party spirit of discipline and brotherhood was the fact that the visit was purely political as against the mission of condolence.

The act of thuggery and brazen show of daggers, swords and other dangerous weapons by sponsored/hired hoodlums was totally unwholesome and condemnable.” He declared that the party acknowledged his presidential ambition, maintaining that “our loyalty and commitment is to President Muhammadu Buhari, his policies and programmes”.

Doguwa said the party would ensure that discipline is enforced as prescribed by the party's constitution. Efforts by Vanguard to get reaction from the former Governor through Aminu Abdulsalam, his former Commissioner, Government House Affairs, was unsuccessful. He told Vanguard that “We want to react formally to issues raised by party chairman but at the moment, we are waiting to take delivery of the conference paper.”