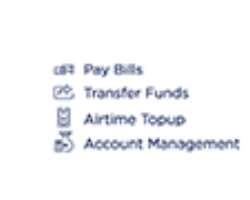 Guinness Nigeria Plc has filed a notice to discontinue a suit it filed to challenge the N1bn fine imposed on it by the National Agency for Food and Drug Administration and Control (NAFDAC) in November last year.

In a statement on Thursday, one Okey Nwachukwu  said Guinness had paid N11.4m to the agency as administrative and service charges after opting to withdraw its suit filed before Justice W. Animahun of a Lagos State High Court in Igbosere.

Guinness had headed for the court seeking to enforce the violation of its right to fair hearing against NAFDAC following a November 9, 2015 notice of sanction issued on it by NAFDAC.

In the said notice, NAFDAC said it was imposing N1bn on Guinness as administrative charges 'for various clandestine violations of NAFDAC rules, regulations and enactments over a long period of time.'

The agency claimed that Guinness had been revalidating its expired products without the authorisation and supervision of NAFDAC.

Among other things, NAFDAC also accused Guinness of failing to secure the gate of its warehouse and claimed that 'the raw materials used in the production of beer and non-alcoholic beverages by the brewer were permanently opened to intrusion and exposure to the elements and rodents, which invariably affect the integrity of the raw materials.'

But Guinness which, through its lawyer, Mr. Olasupo Shasore (SAN),  filed a fundamental right enforcement action, urged Justice Animahun to declare that its right to fair hearing under Section 36 (1) of the constitution was being violated by NAFDAC.

Sued alongside NAFDAC is the Attorney General of the Federation, Abubakar Malami (SAN).

Guinness urged the court to restrain the respondents, 'whether by their agents, servants, officers and privies however from imposing any sanction on the applicant in any manner other than recognised by law and the constitution of the Federal Republic of Nigeria, 1999.'

The parties had earlier told the court that they were exploring the possibility of settling the matter out of court.

Nwachukwu, in a statement on Thursday, however, said he could confirm that Guinness had filed a notice to discontinue the fundamental rights action.

According to him the discontinuance of the suit was pursuant to a 'letter dated 15th February 2016 from NAFDAC to the company which was stated to supersede the decisions contained in the Agency's letter dated 9th November 2015.'

'As part of the resolution, NAFDAC would be present during the destruction of the expired raw materials in its rented warehouse and both parties agreed that this would be the procedure for the exercise in future.

'The administrative and service charges of approximately N11.4m has since been paid to NAFDAC,' the statement read.