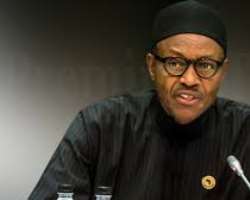 As Nigeria's President drags an unwilling Nigeria into a global conspiracy web with potential financiers of terror organisations under the auspices of the Saudi coalition , Nigeria must urgently demand for the immediate arrest and repatriation of Boko Haram sponsors based in the Saudi oil Kingdom. (See: CNN, December 2015: Angela Merkel's deputy accuses Saudi Arabia of sponsoring extremism. )

It is well known that Boko Haram always stages its top level negotiations with Nigeria, comfortably from Saudi Arabia.

The latest ceasefire negotiations between the former Goodluck Jonathan administration's presidential aide, Hassan Tukur and Boko Haram, like most prior negotiations took place with the Secretary general of Boko Haram, a certain Danladi Ahmadu based in Saudi Arabia.

"Omeri confirmed there had been direct negotiations this week about the release of the abducted girls. Another official said the talks took place in Chad with Danladi Ahmadu, who was identified as the Saudi Arabia-based secretary general of Boko Haram. The official spoke on condition of anonymity because he is not authorized to talk to reporters."

While calling on Nigeria's leadership to as a matter of national and West African security, withdraw itself form the Saudi Arabia-led coalition which is yet to delineate itself as veritably anti-terror and not pro Gulf-state politico-sectarian interests and fanatical agenda, Buhari is urged to press the Saudi regime to produce all Boko Haram leaders residing in the Kingdom including Mr. Danladi Ahmadu.

We repeat that Boko Haram cannot be defeated unless its sponsors are arrested and prosecuted and foreign links are brought to international justice. Terror will resurge and bombings will continue unless the head of the monster is identified and severed.

Without justice, there can be no peace. Nigeria must stop preserving, tolerating and dining with the devil. At least 50,000 lives have been lost in the terror according to Council on Foreign Relations' Terror tracker data, and over 100,000 by local estimates including unreported deaths with mass burials, the heads protected by Borno Governor Kashim Shettima must roll for Nigeria to be delivered from God's Wrath and know peace.