women Participation In Politics And Decision Making Position In Nigeria 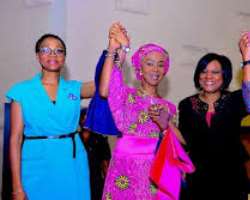 OUTLINE OF PRESENTATION AT STAKEHOLDERS CONSULTATIVE FORUM IN NIGERIA TO MARK THE 2016 INTERNATIONAL WOMEN'S DAY AT THE NATIONAL WOMEN DEVELOPMENT CENTRE, ABUJA ON 8TH MARCH, 2016.

It has been established that the development of any country requires the participation of both men and women.  There is global recognition that gender equality in political participation is a fundamental aspect of modern democratic governance. [1] It is expected that both men and women should have equal rights and opportunities to participate fully in all aspects and at all levels of political processes. But in practice, women face challenges and the number of women in leadership and decision making positions is abysmally low. Meanwhile, it has been proven that countries with increased women's participation in politics and leadership position tend to be more inclusive, egalitarian and democratic. [2]

Scholars have pointed out that gender relations have made it difficult for one half of the population (women) to make significant contribution to development hence the need to understand gender and gender relations. [3] The concept of gender is better understood when analysed with the concept of sex, gender relations and patriarchy. All human beings are normally born male or female. Young males are called boys while adult males are called men. Young females are called girls while adult females are called women. Women all over the world are marginalized. Even in the so-called advanced democracies, women are still marginalized. For instance in the United Kingdom and the United States, women representation in parliament was 9.1 and 9.0 percent respectively as at 1994. [4] The UNDP's 1995 Human Development Report estimated that women's unpaid work is equivalent to some $11 trillion annually. [5] Although women constitute over 50 percent of the population of the world, they are relegated to the background in every facet of life. It is important to note that there is difference between sex and gender. Sex refers to the biological differences between male and female. For instance, the adult female has breast that can secrete milk to feed a baby but the adult male does not have. Gender is the socially and culturally constructed roles for men and women. For instance, gender roles of men as owners of property, decision makers and heads of household are socially, historically and culturally constructed and have nothing to do with biological differences. Gender roles differ from place to place and change with time. But sex roles are naturally fixed.

Gender relations are part of social relations, referring to the ways in which the social categories of men and women, male and female, relate over the whole range of social organization, not just to interactions between individual men and women in the sphere of personal relationships, or in terms of biological reproduction. In all aspects of social activity, including access to resources for production, rewards or remuneration for work, distribution of consumption, income or goods, exercise of authority and power, and participation in cultural, political and religious activity, gender is important in establishing people's behaviour and the outcome of any social interaction. As well as institutions between individual men and women, gender relations describe the social meaning of being male and female, and thus what is considered appropriate behaviour or activity for men and women. [6]

As noted above, women have been historically marginalized in all areas including social, economic and political spheres.  Luckily, there is a growing recognition of the untapped capacity and talents of women and women's leadership. From 1999-2009, the rate of women's representation in national parliaments globally has grown from 13.1 percent at the end of 1999 to 18.6 percent at the end of 2009. [7] Africa has particularly seen some dramatic increase in the number of women in parliament from 10.9 percent in 1999 to 17.6 percent in 2009.

2. THE POSITION OF WOMEN
The status of women across the world today is precarious. About 70 percent of the 1.3 billion people living in extreme poverty are women. [8] In developing countries, women own less that 2 percent of all land. At least 60 million girls are “missing” due to female infanticide or sex selective abortion and an estimated 5,000 women murdered each year in “honour” killings. There is unequal distribution of food and health care. 93 million children who are not enrolled in school are girls.

It has been documented that in Nigeria, women and girls suffer systematic disadvantage and discrimination that is magnified for those in the poorest states and sectors of society. [9] Nigeria's 80.2 million women and girls have significantly worse life chances than men and also their sisters in comparable societies. In Nigeria, 60-79 percent of the rural work force is women but men are five times more likely to own land. Women with dependants pay more tax than men. Women in formal employment are paid less than men. Nearly five times as many judges and permanent secretaries are men rather than women. Only 4 percent of local government councilors are women. Up to one third of Nigerian women have been subjected to violence. [10]

3. WOMEN PARTICIPATION IN POLITICS AND DECISION MAKING IN NIGERIA

Historically, women have been discriminated against either in participation of election of political leaders or emerging as political leaders. There is huge gender inequality in political leadership. Meanwhile, it has been established that gender inequality is a constraint to growth and poverty reduction while a more equitable gender relation is an accelerator of poverty reduction. Women all over the world share a common feature of marginalisation in all spheres of life. In nearly all countries of the world, the dates of male universal suffrage differ from that of women as shown in the table below.

Table One: Democratisation of suffrage in Selected countries

From the table above, it is clear that in all parts of the world, women have been historically discriminated against in electoral issues.

Similarly, women are marginalized in political leadership. The number of Women in parliament all over the world is not commensurate with the population of women. Meanwhile, studies show that higher number of women in parliament generally contributes to stronger attention to women issues. Fortunately, there is increasing participation of women in parliament but as at 2009, only 17 heads of state are women; only 25 % of parliamentarians are women.  There are many factors that hinder women participation in politics. These include patriarchy, violence, money, cultural barriers, and religious barrier.

The situation in Nigeria is similar to other countries of the world.  The constitutional history of Nigeria shows that this exclusion dates back to the colonial times when women were not allowed to vote. The Clifford constitution of 1922 restricted the electorate to adult males in Calabar and Lagos who have been resident in the city for at least one year and had a gross annual income of N100.00. The Richard constitution of 1946 only reduced the property qualification to N50.00. The Macpherson constitution removed property qualification but still restricted the electorate to only adult males who pay their taxes. In fact, it was not until 1979 before the right to vote was extended to all Nigerian women. While men started voting in Nigeria in 1922, women in all parts of the country started voting in 1979, a difference of fifty seven years.

The end result is that the number of women in political leadership is very low in Nigeria as can be seen from the table below showing female representation in governance in Nigeria from 1999 -2011.

The table below shows a summary of women's representation in elective positions since 1999:

Source: Lance-Onyeiwu, Maureen (2011), Except from UN Women's Preliminary Analysis of the Results of the 2011 General Elections in Nigeria

During the 2007 elections, women constituted about 11% of all candidates with only one woman contesting for the office of the President; 33.9% for governorship positions; 13.5% for Senate, 15.6% for House of Representatives, and 15.8% for Houses of Assembly. At the end of the elections, women occupied only about 7.5 percent of key leadership positions in Nigeria.

Interestingly, when the Yar'Adua administration came into office, it promised to give 30 percent of political appointment to women (less than the 35 percent in the National Gender Policy). But an assessment conducted by ActionAid after one year indicated that women appointment was only 11 percent.

Official records released by INEC shows that a total of 809 women emerged as candidates for the 2011 elections on the platforms of various political parties. This represents a 17% increase over 692 women who emerged as candidates during the 2007 elections. [11] But when the results was released, women's representation at national level regressed slightly from 7.5% in 2007 to 7.1% in 2011. In the 2015 elections, the number further decreased to 7 in Senate (6.4 percent) and 19 in House of Representatives (5.2 percent).

4. THE NEED FOR GENDA AGENDA AND POLITICAL EMPOWERMENT OF WOMEN

As noted above, the challenges inhibiting women participation in politics are multifactorial. Therefore, political empowerment of women need to be comprehensive involving political, economic, cultural and social dimensions. This is why there is the need for a gender agenda for the empowerment of women.

The agenda should focus on the following areas to address structural inequalities that constrain women. [13]

Opening avenues for women's representational role in decision-making bodies implies facilitating the right of association and expression, building awareness of women’s rights, questioning gender stereotypes, and facilitating women’s participation by ensuring the provision of basic services. It may also require positive action, such as reserving places for women in decision-making bodies. The gender policy provides that at least 35 percent of positions should be reserved for women. The new administration should implement this policy.

5. RECOMMENDATIONS
It must be recognized that the principle of equal rights of men and women is enshrined in the Nigerian Constitution. Article 42 guarantees right to freedom from discrimination on the grounds of sex. In addition, the Nigerian Gender Policy prescribes that at least 35 percent of political leaders will be women. Moreover, many political parties have waived nomination fees for women. Yet, the number of women in political positions continue to decrease in Nigeria such that the percent of women in parliament in Nigeria is one of the lowest in the world well below the African average.  This is as a result of the partrarchial nature of the Nigerian society and discrimination against women due to gender stereotypes that are deeply rooted in culture and religion in the Nigerian society.

Therefore, attempts to promote women participation in politics and decision making requires the active participation of all stakeholders:

Give waivers to women in payment of nomination fees

Stop gender stereotyping of women as objects of pleasure

Support women in the media

Socialise boys and girls in such a way as to prevent gender stereotypes and produce the new man and woman with new and progressive conceptions of masculinity and feminity.

[4] It is interesting to note that in some Scandinavian countries like Norway and Sweden, the representation of Women in Parliament is as high as 38 percent(Nwankwo, N ). It is is 30 percent in South Africa(Budlender, D. and Hewitt, G. (2002), Gender Budgets Make More Cents: Country Studies and Good Practice. London, Commonwealth Secretariat