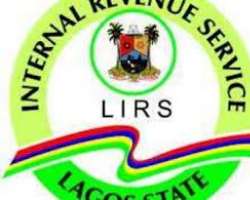 The Lagos State Government on Tuesday announced that it had widened its tax net to include domestic workers and artisans.

The Chairman of the Lagos State Internal Revenue Service (LIRS), Mr Olufolarin Ogunsanwo, made the announcement at a news conference in Alausa.

He said that the new tax regime was in line with Gov. Akinwunmi Ambode administration's inclusion of every resident to the growth of the state.

Ogunsanwo said the agency had commenced the process of overhauling the informal sector with a view to ensuring voluntary compliance by all tax payers.

He said the agency had identified three categories of tax payers in the sector.

Besides, he said, a customer care desks would soon be created in all the 38 tax stations within the state to enlighten residents.

The Commissioner for Finance, Mr Mustapha Akinkunmi, disclosed that despite the harsh economic conditions, the LIRS contributed 79 per cent to the state's Internally Generated Revenue in 2015.

He said the percentage amounted to over N20 billion in January 2016 alone.

Also the state's Attorney General, Mr Adeniji Kazeem, said the ministry of justice would provide adequate support to LIRS in its quest to ensure that tax payers complied with tax laws.