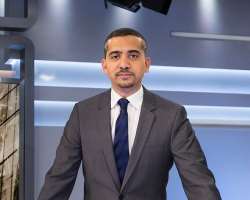 • Refuses to apologize for swearing with regards to Trump’s wall and says, “Who really needs to apologise is him, to all the people he has offended”

• Calls Donald Trump a “junior” who inherited his wealth: “His economic knowledge is extremely poor”

“Every word that he says goes in that direction,” he told UpFront host Mehdi Hasan, adding that his “discriminatory speech is creating violence within the same United States” and that "all brown and Afro-Americans and everybody else is insignificant to him.”

Fox, who served as Mexico’s president from 2000 to 2006, has been exceptionally outspoken and harsh towards Trump. During his interview with UpFront, he reiterated his concern, saying Trump is “so arrogant, so ego-centered, so vain and empty in his head.”

“I see Mr. Trump as a false prophet,” he added. “He is going to bring that great nation to the desert, to hunger.”

In recent interviews, Fox has likened Trump to Adolf Hitler and also made headlines responding emphatically to Trump’s campaign promise to build a wall to keep Mexican immigrants out of the US. Trump has asked Fox to apologize for swearing at him, but when asked if he plans to apologize, he told UpFront, “Who really needs to apologise is him, to all the people he has offended.”

On the subject of Trump’s business pedigree and prowess, Fox offered a harsh critique, saying, “The amount of money he got, he’s inherited it, so he is a junior.”

“His economic knowledge is extremely poor,” he added. “He has hired undocumented, he took to bankruptcy a casino and many other things. It’s very difficult to understand how he made so much money.”

Fox also lamented Trump's ignorant position on keeping Mexicans out of the US and souring trade relations.

On Trump’s proposal to tax cars imported from Mexico, Fox asked what the consumers “of the car say when the car price increases by 20%?”

“It’s very stupid what he is saying,” he added.

UpFront, hosted by Mehdi Hasan, broadcasts on Fridays at 19.30 GMT. For more information, visit www.aljazeera.com/upfront or follow @AJUpFront on Twitter.