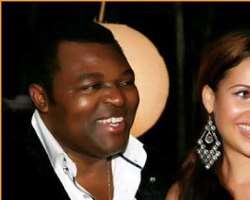 Nollywood actress, Caroline Danjuma, definitely has time to dish out some reasonable advice to females especially who chose's to cast the first stone at other woman.

The actress, who has been a victim of several cyber bullies especially from fellow women, has come out to point that the reason why some women are not succeeding is because they are the cause of their own problem.

The actress stated that whenever a woman tries to succeed, she will always be pulled down by her fellow woman which why it will be difficult to have a female president or governor.

In her words, “Women are the architects of their own misery. There will never be equal rights for women in employment, political positions, social, educational and cultural sectors. Women are their own worst enemy, extremely judgmental of one another, envious and hardly supportive of one another.

“The men will always be dominant in all aspects, until women learn to stop criticising and condemning each other they will never get to the top. Most of the most successful women in the world are 95% criticised and abused by WOMEN. I wonder the day we will have female governors and a female president, I am certainly sure women will vote her out. Only a woman with a low self esteem will judge another woman just to make herself feel good.

“A Queen supports and praises a Queen. Women will NEVER get what they truly deserve in this world unless they unite in love. Women are always the first to cast a stone. If you all could spend 80% of the time you spend on being little demons in another woman's life and be more productive and supportive, we will be more respected and valued in our society. You give out what you get, stop the hate sisters.”