EFCC ARRESTS FOUR FOR DIVERSION OF PMS IN KANO STATE 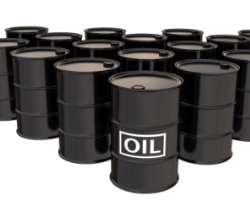 The discovery was made by an Operative of the Commission who was on a routine surveillance of petrol stations in some parts of the State. The Operative discovered that a tanker with registration No. AGL 837 XH belonging to Total (Nig.) Plc was discharging 55,000 litres of PMS into a petrol dump of one Chalawa Oil and Gas Ltd located at Abasawa, a suburb in kano State.

Preliminary investigation into the case revealed that the product was loaded in Lagos on 25th February, 2016 and got to Kano on 4th March, 2016 where necessary documentations were reportedly carried out at NNPC Deport, Hotoro to enable Total (the owner of the product) to access Petroleum Equalisation and Bridging funds. The manifest from the Department of Petroleum Resources (DPR), Kano Depot also revealed that the product was expected to be discharged at Beha Tech Filling Station in Giade Local Government Area, Bauchi State but was diverted to Chalawa Oil and Gas in Kano State. The product was reportedly purchased by Chalawa Oil and Gas Ltd at One Hundred and Forty Naira per litre (N140.00/litre) totalling Seven Million, Seven Hundred Thousand Naira (N7, 700, 000.00) for 55,000 litres. Already a difference of N2, 942,500.00 has been exploited by the marketers excluding Petroleum Equalisation and bridging funds the government is paying Total. Investigation is still in progress and culprits will be charged to court for various offences upon completion.