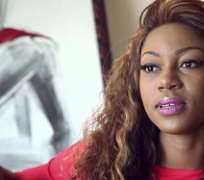 Ghanaian actress, Yvonne Nelson, might soon incur the wrath of some African awards organizers or critique after she came attacking them about the way awards are being organized.

Though she wasn't specific, but this could possibly be coming from the fact that over the weekend, an award ceremony was held in Lagos, Nigeria but Ghanaian stars were absent on the list of awardees.

Her opinion on award organizers is that some awards are being given base on the fact that the organizers will in turn get favours from the same people and sometimes they give awards to whoever they are cool with.

According to her, “Most awards in Africa, who they cool with awards or peeps they'll need favors from.”