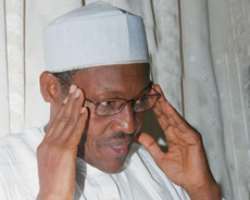 President Muhammadu Buhari has expressed shock and sadness over the death of the Minister of State for Labour, Barrister James Ocholi ,SAN, on sunday. Ocholi died alongside his wife and son in a car crash along Kaduna road, Abuja.

In a statement by Garba Shehu, the presidential spokesman, president Buhari described Ocholi's death as untimely, regretting that Nigeria has lost a key component of the change agenda. He also described the deceased as an accomplished and patriotic Nigerian.

'Barrister Ocholi was an accomplished and patriotic Nigerian, who was keen to accept the call to service at a time his country needed him,' he said. President Buhari also extended his condolences to the government and people of Kogi