Ocholi: We Are In Shock - APC 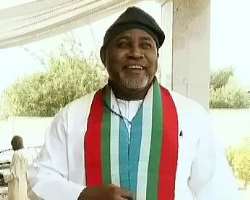 The National Secretariat of the All Progressives Congress (APC) has received news of the death of the Minister for Labour (State), James Ocholi (SAN) and his son with great shock and sadness.

The APC National Secretary, Mai Mala Buni in a condolence message described the deaths as a monumental loss.

Buni prayed for the recovery of other occupants of the ghastly vehicle accident including the late minister's wife and driver who reportedly sustained serious injuries.

The APC National Secretary said the late Ocholi who was the party's former Deputy National Legal Adviser will be remembered for his selfless service to the country as minister, party, legal profession and his home state, Kogi.

While extending his condolences to the people and government of Kogi state, Buni prayed to Almighty God to grant Ocholi's immediate family the fortitude to bear the painful loss.