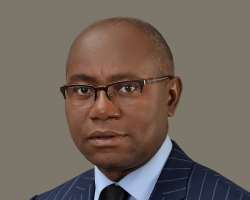 Port Harcourt Chamber of Commerce President, Dr. Emi Membere-Otaji has said President Mohammed Buhari may have his reasons for opting to set aside members of the private sector in the composition of his economic management team, EMT. However he was swift to add that the team which consists mainly of members of his cabinet cannot achieve their lofty objective without interfacing with the private sector to get significant contributions that will spark up economic development of the country.

The PHCCIMA boss who expressed confidence that the team will replicate the trust reposed on them by the President observed that setting aside of the private sector was a new development with the only difference being that the private sector was not included in the main team, however he assured that consultations with the OPS will be on a regular basis.

‘We have economic wars, and as a leader for you to surmount such wars you obviously need to constitute your most trusted army; that exactly is what the president has done. For us in the private sector we see the present economic team exerting themselves in the area of coordinating; obviously they are not the egg heads that will collate information, strategy and in-depth course of action that will help drive the entire process, so it is not a problem, our focus is getting the desired results.

Speaking on diversification of the economy, he said’ it is not enough to say that we want to diversify the Nigerian economy, the president and his team must look inward to existing processes because it is no longer ‘sell crude oil - share the money, like a one way traffic. If the president said he wants to diversify the economy what has he put in place to ensure diversification? Especially in areas like Agriculture, Solid mineral among others. What policies have been put in place? What efforts are there to encourage import substitution and export promotion? What are the impediments? These are core issues that must be addressed to ensure a smooth start up to the diversification effort” he said.

For things to be in the right perspective in the country a whole lot of policies need restructuring to get things working the way it should. Impediments to development and bottlenecks to diversification efforts in the country as a matter of priority must be expunged. “Take for example if we want to encourage export all impediments from custom charges, port charges, NAFDAC, SON and others must be reviewed to be transparent and swift and apt’ he opined.

He said the Nigeria economy has always been one way traffic where we export only crude oil, adding that we must begin to encourage export in Agricultural product to promote 2 way traffic. We must improve on our ports, check the activities of those using other countries port to import product which ordinarily should be imported directly and most importantly we need to make our ports seamless.

Speaking on promotion of export the PHCCIMA helmsman stressed “the whole gamut end to end need to be reviewed to encourage prospective exporters and ease especially in the area of NAFDAC, Custom, SON and others and government must encourage inland trading” he noted.

Some of the core mandates given by the President to the team is in the area of the ease of doing business in Nigeria especially on areas like delayed approval, people having to wait for two years to get licenses the issue of diversification of the economy, modalities for self- sustainability to stall certain categories of importation and save the foreign exchange being expended on these items. Basically the EMT idea is to rescue the economy.