Corruption In Kenya Is A Mere Pitfall Of National Consciousness 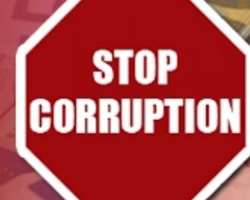 Kenya, in its capacity as a state and a government is now a victim of uncontrollable corruptions. The media of all type from both within and without has conclusively called Kenya as a country of mega corruption. The president so far has accepted that his country is a society of state thievery.

This is great as acceptance is the only first critical point from which you start solving a problem. President Kenyatta is correctly diagnostic, Kenya as a political and state organization is currently under lethal threat of mega-theft of crown properties by state officers, a vice that is only self-pertuating through generations as a mere pitfall of national consciousness riding on the crest of self-idolatry of the tribes in love with the selves while putting on the dark blinkers even to a simple damn for the humanity in poverty that makes social geography of this country on the western shores of the Indian ocean.

What am I saying? I am saying that it is not the absolute duty of the state and government to fight corruption, but instead they are the people of Kenya that are bound to be wary and supposed to come out of sweet sentimentalities of tribal cocoonery and firmly say no to corruption and the corrupt leaders, especially the leaders as fellow tribesmen. It is so unfortunate that the people of Kenya expect a bourgeoisie state like the one in Kenya to fight corruption. It is impossible. History of politics is a repertoire of technical facts confirming a testament that bourgeoisie political organizations cannot fight corruption in the political class, instead the state is a basic tool which the economic bourgeoisie and the political bourgeoisie use as a tool of oppression for properly smashing the common person and the peasantry into a forlorn social station of the wretched of the earth.

The bourgeoisie state pretends to be an agent of democracy when only it is purely dissembling in the realm of stark hypocrisy.Factually; democracy is a paralysis of political socialization and the bourgeoisie state is the handmaid of this viciousness. The bourgeosie democratic state like the one currently observed in Kenya is a degenerate and perverted government extolling itself as a tyranny of the majority that has no respect for human liberty in the sense of liberty from want and political betrayal.

The public foolishness displayed by the tribal nations in Kenya where corruption is only corruption if committed by a person from another ethnic nation but is an act of heroism if done within acceptable precincts of brotherism or ethnicity plus the paper tigre or scare-crow institutions like anti-corruption commission only blend into an unfettered mid-wife for strong corruption culture. It is the strong feelings of tribal identity that has made Kenya to be a domain of corrupt state officers.

Normally the state cannot fight nationalisms but instead it finds it virgin grounds in which to entrench permanence of its political power. Contrastingly, the people of Kenya can unite expeditiously against this inimical nationalism as they have nothing to lose in this unity apart from shackles of poverty and chains of social exclusion.

Burgeosie political socialization of the Kenyan type always make corruption to be part of the social game wholesomely cherished by all the politically stranded human beings in their unconscious and desperate struggle towards self-burgeosiefication. Humanity in Kenya is now under weighty condition of prisoner’s dilemma.

Where the moral consciousness is undermined by the reality that the president is protecting a thief or the thief is becoming a governor or a mayor or enjoying immunity from judicial proceedings then what am I doing ? Why can’t I also steal and pose as a politician on the side of the current government? These are thoughts for survival in any game. This game psychology is evident in the way senators in Kenya are currently positioning themselves to contest for the positions of governors in the next government, so that they can access openings for corruptions.